Facebook for Android official app is bulky and takes time to load. On Slower data connections (EDGE / GPRS especially), it never opens the stream. So, from personal experience, I would recommend some alternatives to access Facebook Faster on Android.

First option would be using Mobile version of Facebook which is as good as Facebook application in terms of Interface. For Touchscreen phones (HDPI), Facebook mobile should be preferred. I personally use it on Dolphin or default mobile browser. 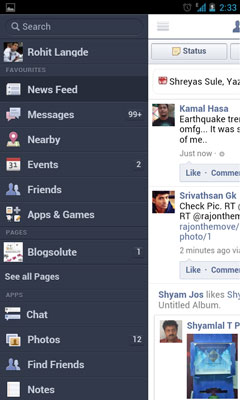 For MDPI / low resolution devices however, it won’t appear same as shown above in screenshot. It looks somewhat like this: 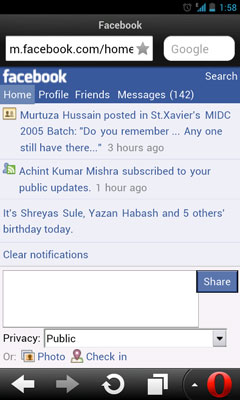 Shown above is simplified version with no Facebook timeline-like appearance.

Using above options, though, they will give nice interface and faster Facebook browsing but one thing lacks is support for adding photos on the go and notifications. 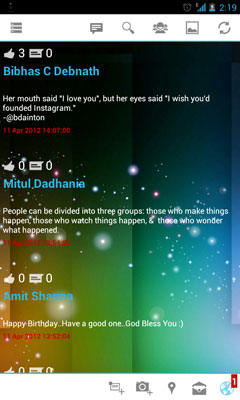 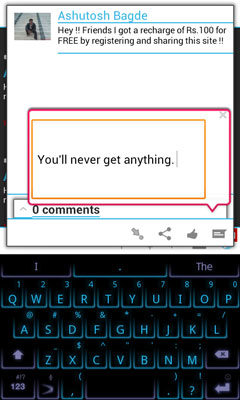