Google Android 3.0 Honeycomb, a Mobile operating system optimized especially for Tablet is now reality. There are number of new and innovative features introduced and here I present the summary of presentation of the event. 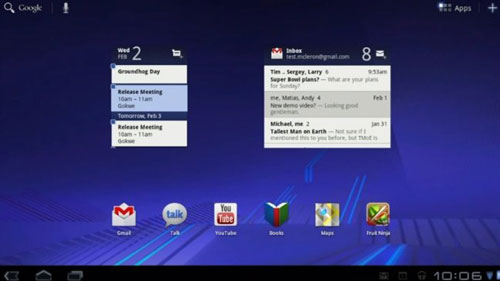 The first thing that Google Android 3.0 has focused on is the homescreen, where we have both icons of our favorite applications as a series of widgets that can work with “collections” of data: for example: the inbox of Gmail, is fully navigable and we can move through it.

In the bottom of the home screen we also have the bottom bar from which you can navigate through all open applications and an area in which the system notifications displayed on a non-intrusive. 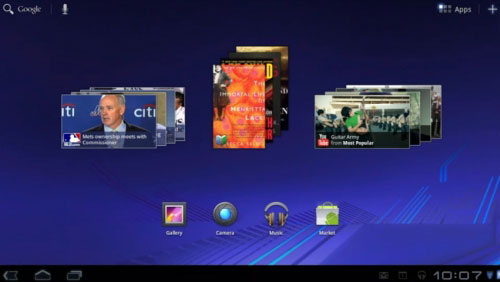 Applications such as Gmail take the same line interface, similar to native applications iPad. Likewise, you can drag and drop emails from Gmail to change the labels.

Google Maps has a great painting with three-dimensional buildings that we saw in the preview it offered the company, and other programs such as Google Body show that the graphics performance of the tablet with Honeycomb is very competent.

Action bar at bottom left can access contextual options, navigation, widgets and other types of content and the system tray to see the tasks being carried out and go quickly from one to another application visually.

Notification system is also spectacular which pops up with all details and Display Picture on bottom right. 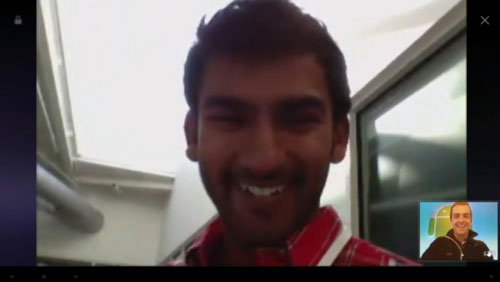 Google has also redesigned the camera application, with a circular button interface and capable of imaging both the front and rear camera if the device has two lenses. And of course, have not forgotten about the video: Honeycomb 3.0 Android Apple anticipates being able to chat with other people via video chat. 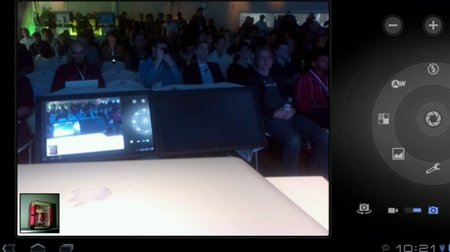 Another improvement coming from the web browser updated to work with tabs, Google Chrome and obviously synchronization with new support for multi-large-format screens available for JavaScript and plugins, and improved zooming and scrolling overflow. The new incognito and unified view for bookmarks and history are other improvements.

The contacts application has also been renovated 2-screen interface and Fast Scroll, as well as the Gmail e-mail or camera and gallery with more choices and faster access. Focus on connectivity with instant file synchronization over USB, improvements in wireless Wi-Fi, USB keyboards and full of new support for Bluetooth or Bluetooth tethering.

As has been seen in the presentation, performance and multitasking paragraph seems to cover both the hardware of the next tablet as the framework that allows developers to create high performance applications in 2D and 3D hardware acceleration by integrating under OpenGL and a new 3D graphics engine called Renderscript.

Among the third party applications highlighted is a CNN that promises a ‘Android experience’ complete offering free multimedia news or a newly created iReport for users to contribute to the news with their own material. 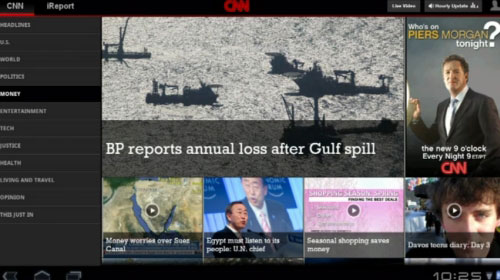 Honeycomb Android 3.0 will be available with some devices like the Motorola XOOM since its launch, and documentation for developers is available for all who dare to create applications and games for the tablets with this system.

In short, a system optimized for the Tablet PC with good looks that aims to repeat the huge success of Android smartphones and compete one on one with the IOS and Apple iPad. The industry support is secure and will be many models be marketed in the coming months with Android 3.0

This tablet looks awesome.. will by this tablet soon..

Using equally the ipad, nexus 7 and kindle fire hd,
do not demand to many questions! but i to a great extent
favor the nexus 7, thankyou for this piece it truly is very fascinating.