There is no doubting that Google has done an excellent job of giving a sharp turn to this new version [Android Ice Cream Sandwich], which focused on the simplicity of the interface allows quick access to system performance.

From the new release to act without the usual navigation buttons as well as track data consumption and organization of applications into folders, these are the 10 things Android Ice Cream Sandwich that we liked. 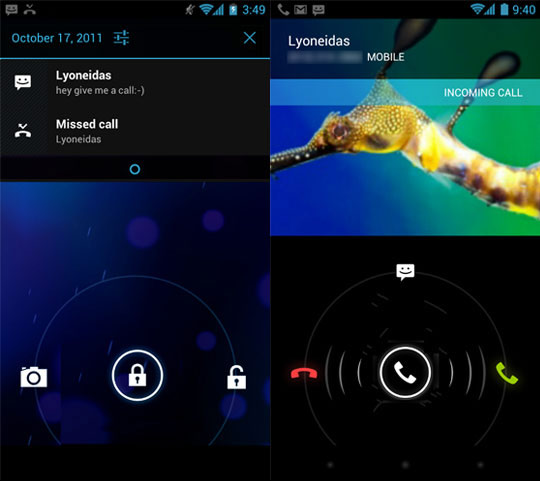 It had leaked, but now that we can make it official that faith has changed Android’s reaction to unlock screen, as looming on Honeycomb, it also includes direct access to the camera for facial recognition or taking pictures faster and faster access to notifications by the deployment of the bar.

Ice Cream Sandwich Android says goodbye to physical buttons, and the Nexus Galaxy took the first step by introduction of smart buttons and so will the new devices. This means that the interface is integrated and intelligent because it will appear only when needed and do not interfere, for example when using the camera application.

Folders now work with simple drag and drop as well. Just drag one app on to another to create a new folder and you can move apps around within a folder also by dragging. But folders can be used for more than just apps. For instance, you can create a folder for speed-dial shortcuts. 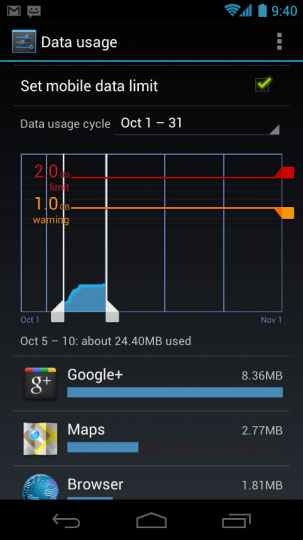 More interesting for further improvements in this new version of Android is that they have made ??a real manager to manage the data consumption. It’s not as simple as “the amount you consumed monthly data,” it is something that includes other mobile systems. Now it integrates visual features also allow us to see what applications are consuming our limited data plan that offers the operator, and the ability to produce or get alerts for when we are reaching a certain amount.

If our plan is 1GB of data and want to know when we are approaching the 900MB, you can set an alert to stop navigating through both our operator network. The graph shows access for days, weeks or months, definitely useful to prevent over consumption. 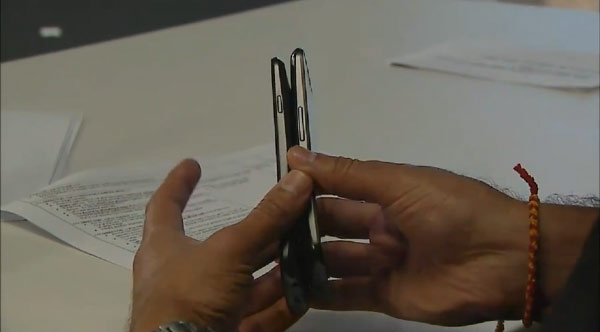 NFC (Near Field Communication Technology) is much talked about technology in recent days. In Android Ice Cream Sandwich, we will be able to see a dedicated app called Beam for application of NFC.

What you have to do is simply tap two NFC-enabled devices together to share a piece of information. That will work with a range of apps and services in Android, including YouTube videos, contact information, maps, web pages, and even links to apps in the Android Market. 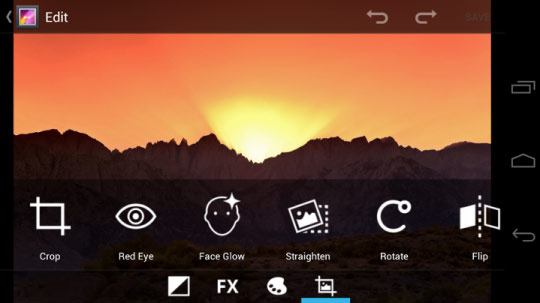 The first thing we like about the camera is accessed quickly and enables us to take pictures in an instant, I suppose the result is not better than when we stabilize, but is required aperture and shutter in many cases. While we can access the camera application from the Lock screen, Android 4.0 adds new effects, while the configuration access is more direct.

Another feature that is included in the application of the camera is captured in landscape mode, unlike other applications as some already available in the App Store and Android Market in a while, it takes several photographs but, as in cameras current digital image capture continues as if it were a video. On the other hand, while we are recording a video capturing, continuous zoom and focus.