For an Android fan, who even wants Windows 7 desktop to look like Android then this skin pack is easy and safe way to turn Windows 7 to Android. Android Skin pack changes most of the visual elements of Windows 7 to respective Android element.

Explorer has grey icons with awesome progress bar for file operations. Most of the text elements are given green color which is obvious. 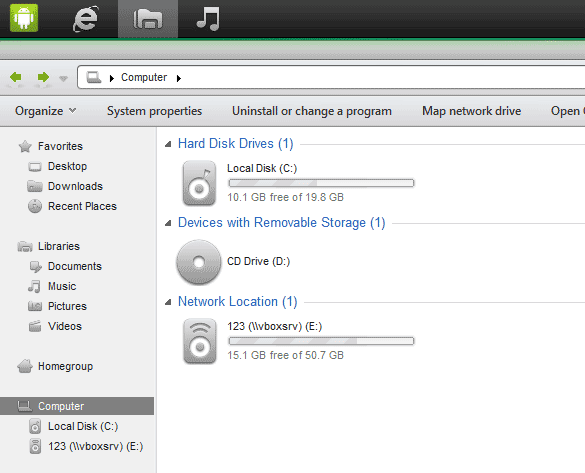 Overall, the interface is beautiful and minimalistic which can even be used for daily use without any confusion. Though, there aren’t wallpapers included but you can always search the web for android wallpaper collection.

In short, it offers a android freshness to Windows desktop and nice way to freshen up Windows interface. 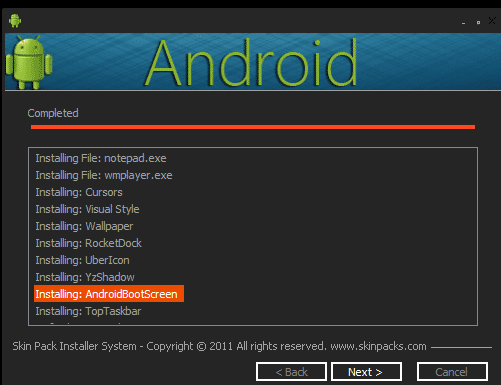 Good thing about Android Skin pack is there are no manual file replacement procedure included; you just have to run an installer which is “Click Next” Type.

Just like installation, Uninstallation is breeze. Comes with uninstaller so, just check all the elements you want to remove and reboot windows to back your old interface. 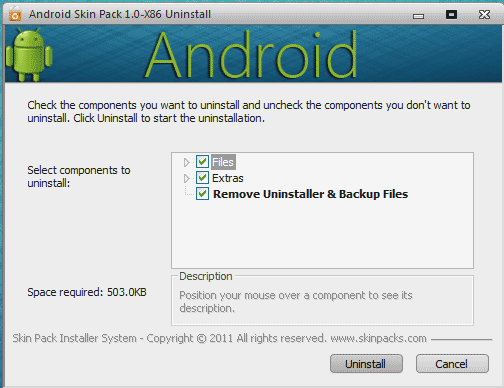 During installation, Skin Pack takes a backup of all System files responsible for visual styling. This is helpful as in most cases, we mess with it and end up having mixed crappy interface.

[alert-announce] Please make a System Restore Point before trying out any third party Skin / Theme pack on Windows. In case your system doesn’t boot after installing the theme, restart to safe mode and restore system[/alert-announce]

Interesting. I’ve installed and it works fine. Thanks.