Another Instance of Utorrent Portable Running: How to Fix and Open It

So, the problem was with program itself, maybe some file was corrupted due to improper exiting. Here are some solutions which I found and tried to solve this problem.

First solution was to delete (uTorrent Portable Directory):\Data\PortableApps.comLauncherRuntimeData-uTorrentPortable.ini but it didn’t work out for me though some people said it works.

Second solution was to create shortcut and append it’s target with /RECOVER or /NOINSTALL and then try Running it as Administrator. 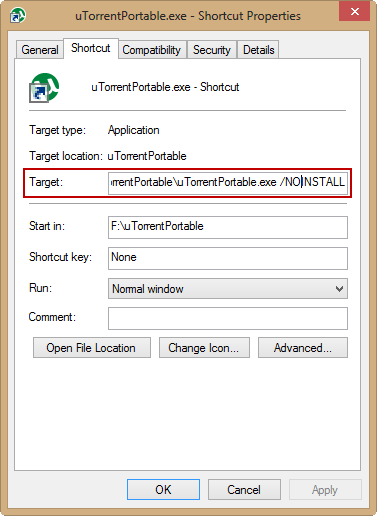 Third Solution was to redownload uTorrent portable and replace the old launcher file with new one – “uTorrentPortable.exe”.

Sadly, none of them worked out for me.

I just gave out above solutions because cause of problems are different for different people. So, there are chances that they may work out for some.

What I did is downloaded a .torrent file and opened it using uTorrent portable. Yup, that worked for me.

I would recommend setting file association of .torrent files to utorrent application. This should work.

If it helped, you should know How I increased uTorrent download speed by 135% just by making simple changes in settings.

Though, the problem is somehow solved and I for uTorrent Portable working with all old torrent data but the cause is still unknown. I am using uTorrent build 3.2.3 on Windows 8 PRO 64 Bit.

If anyone has a solution other than I shared or know the root cause of such behavior of uTorrent Portable, I will be more than happy to discuss with you in comments.