You probably know that Apple has won all California trial against Samsung for patent infringement. Lots of people are glad with Apple’s win but I’m not. Not because of who has won and who has lost, but the reason for saying that is software patents. In the long run, it will hamper technological innovation and affect you as user and customer.

Apple sued Samsung for “plagiarism”. I will not go in detail if Samsung has copied Apple designs or not (there are things that are really obvious, but it is not the purpose of this article). Apple sued Samsung for infringement of number of patents. I’ll list the one of those of my interest- the software.

For me, these patents are absurd. They have the same validity as a patenting right click to display a menu concept, or the motion of drag and drop or the Ctrl-C, Ctrl-V. They are nothing more than ideas (decorated with lots of legalese, of course). 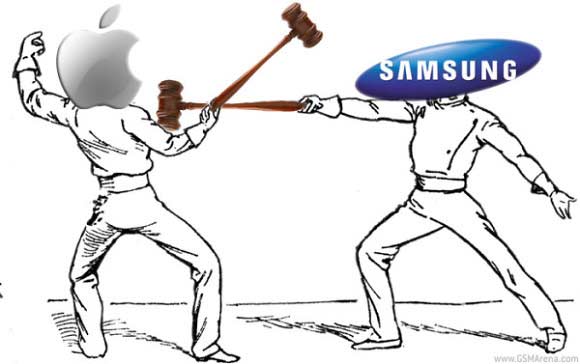 Most importantly, none of these patents are essential for the development of Apple (or any other company). I do not think that sales of iPhones lowered if other systems included the “tap to zoom” or bounce at the end of a document.

In the end, this trial has not benefited virtually anyone. For Apple, a billion dollars is a chump change, and iPhone sales trend is not going to change radically.

Samsung and other Android manufacturers will have to find solutions to avoid using those Apple patents. Their time and resources are not going to be invested in other improvements, apart from the change that will change aspects of Android to which we are accustomed.

Perhaps, the only beneficiary is Windows Phone, thanks to a system which is radically different and Microsoft is more or less free of such patent issues. But be not deceived: despite being so different, Windows Phone also uses the concepts of the three software patents that described earlier.

How will It affect You as a User?

Worst part is usability which users will face. And not because of this particular trial, but by the precedent set. If manufacturers try not to use each others’ functionality, we may have to learn new ways of doing the most basic actions every time we change mobile.

[alert-note] WTF: Apple Wants to Register Leaf in Their Logo as Trademark [/alert-note]

It is also bad for the new operating systems such as Firefox OS. This system uses many concepts that we consider common in phones, but by following this ruling could be infringing software patents. If Apple (or any other company) report it for patent infringement, upcoming systems will be dead even before coming into market.

And I think that software patents are bad, and that the jury decision is not at all good for the tech world. There are patents that protect business (no one buys a system just because they have bounce back effect), and not try to use it for that.

Whether Samsung has copied things from Apple or not, the jury’s decision seems to be based on something bad that is harmful to technology in general. Hopefully this is just one chapter and not the first in a series of war patents.

Perhaps they should have played this movie clip by Steve Jobs. http://www.youtube.com/watch?v=CW0DUg63lqU