Banshee, default media player of Ubuntu was made available for windows recently is now in it’s version 2. Banshee 2.0 brings support for Amazon MP3 which lets you buy Music within application from online store.

Another innovation is a feature called “Play After”, which allows us to create a temporary playlist to add a track after Curremt artist or album. 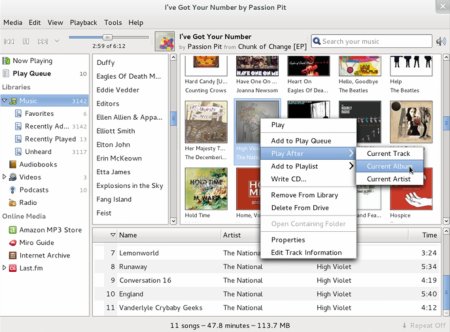 The interface has been updated and is simplified with the main functions more accessible and the rest available on menus that have tried to keep it simple. And they have built new extensions, as is the case of Ubuntu and SoundMenu One Music Store.

The version released today includes support for Windows and in the case of Mac OS X is expected to arrive soon.