Football, sport or “22 guys in shorts running after a ball.” The truth is there are many ways to refer to that for many is the biggest sport in the world. Almost as many as there are ways to enjoy it. One way to enjoy football is video games.

From Pele’s Soccer (Atari, 1981), considered the first football game in history, many games that have gone out for the various consoles and computers. And today, with the proliferation of smartphones, the thing has exploded and you can enjoy great games anywhere. In this post, we present the best mobile football games.

PES 2012 is, for many, the best football game there. This is due to several reasons including its high quality graphics, large number of tournaments available and playability. Not to mention the multiplayer mode, which in its mobile version is second to none out there. Whether you have an iPhone and an Android can enjoy this great game wherever you go. Great graphics, smooth animations and the ability to choose between three different control modes (some not very comfortable) make PES 2012 complete awesome. 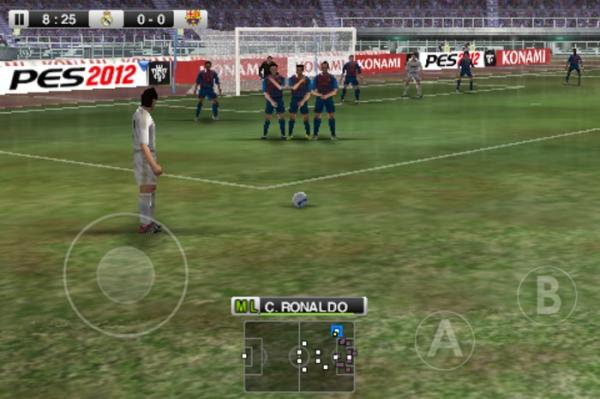 The mobile version inherits all the benefits of its predecessor and is arguably the best title of FIFA mobile launched to date. The gameplay is beyond doubt, the controls have been improved and the variety of officially licensed and championships is overwhelming. Meanwhile, kudos to EA for their work in the version for Symbian. Given the limitations of the control system and the technical section, FIFA 12 gets moving in a more than decent gaming experience of FIFA. And if you have a BlackBerry, a version of FIFA 11 is available here . 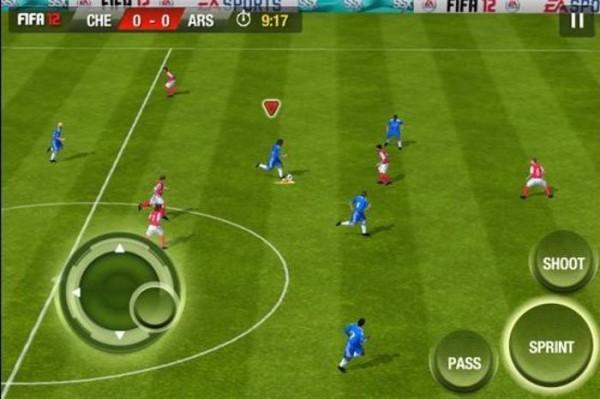 If a game can call the door of FIFA 12 and PES 2012 to say “Hey, I’m here!”, This is Real Soccer 2012. Its main advantages are- great graphic section, a fluid animations and a variety of game modes. In addition, football fans will be delighted with famous quotations in world football that brighten up the load times. Instead, give him a (large) slap on the wrist for not having the real names of the players. And if you have a BlackBerry, there is a great version of Real Football 2011 is available here. 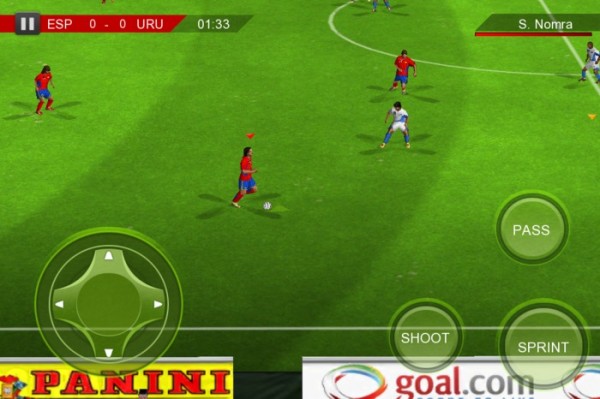 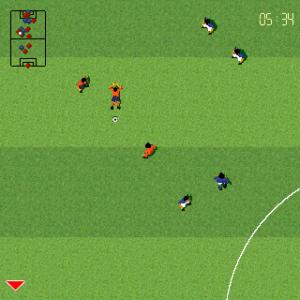 There is life after football simulators. And Flick Kick is a good example of this. Touch screens offer the possibility to original game concepts and tremendously addictive. Flick Kick In Football you run shots by using your fingers and achieve different objectives, depending on how it is. Once the effects start to dominate and get real screamers, you can not stop playing. Word. 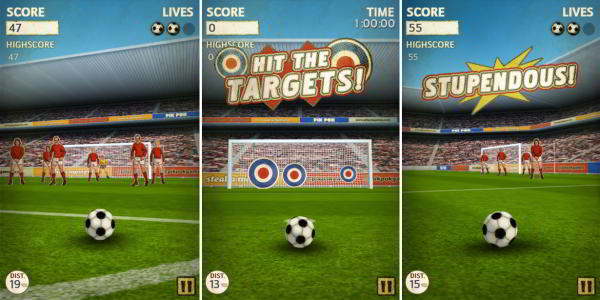 Kicks Football is a more realistic version of Flick Kick Football. The graphics are more elaborate and realistic when faults run is more accomplished and offers more variants. Although themes of fun, walk around it.

If your heroes have been sharpshooters like Maradona, Beckham, Pantic and Mihajlovic, then you will enjoy the beautiful Football Kicks. 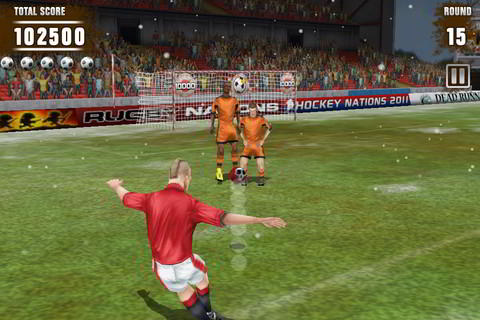 These are just some examples. Do you know more football games for mobile?