Which is Best Free Antivirus 2012 version: Performance and Comparison

Which is the best free antivirus? Which is faster and which detects more malware without falling into the false positives ? Here we have the latest version (2012 products) shortlisted and analysed- avast, AVG, Avira, Panda Cloud and MSE – to find the clear winner.

In the last decade, free antivirus solutions have gone from mediocre to become security programs better than many equivalent paid ones, offering a high quality protection at zero cost. The five chosen ones account for 40% of the overall market share: 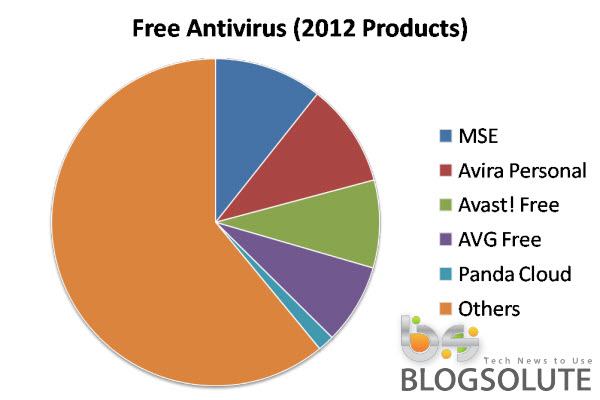 It’a a long time since when Avast 4.8 was called as Music Player interfaced Antivirus. Since version 5, revolution began with constant improvements which resulted out to be a great product. 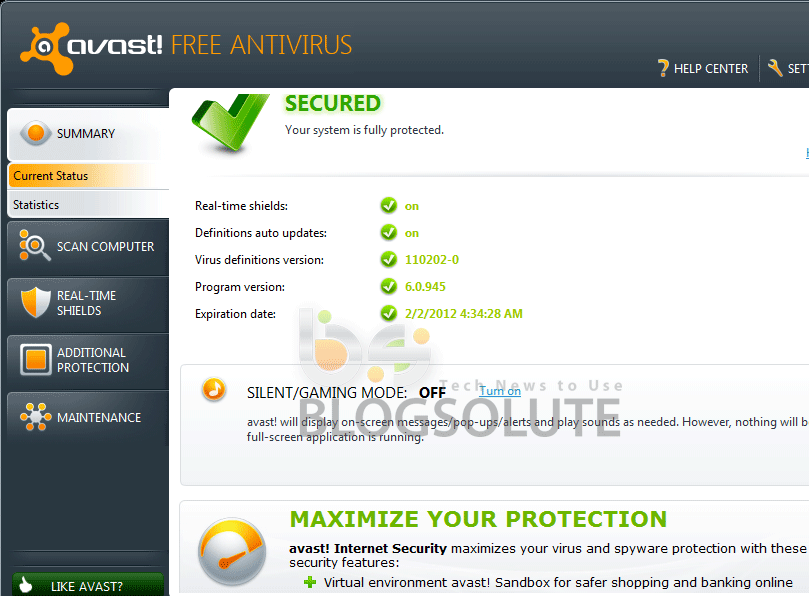 avast! 6 has a whopping eight modules of real-time protection, all of which enable and disable them pleasure as well as two interesting modules: WebRep, which checks the safety and reputation of the web pages you visit, and Sandbox, a memory space safe in which to open suspicious files. You can read complete Avast! Antivirus 6 Review.

AVG is one of the biggest name in the freemium security. It’s appearance has changed little in recent years, and AVG has chosen to focus on improving the performance of your scanner, strongly criticized in the past, and to optimize the installation process. 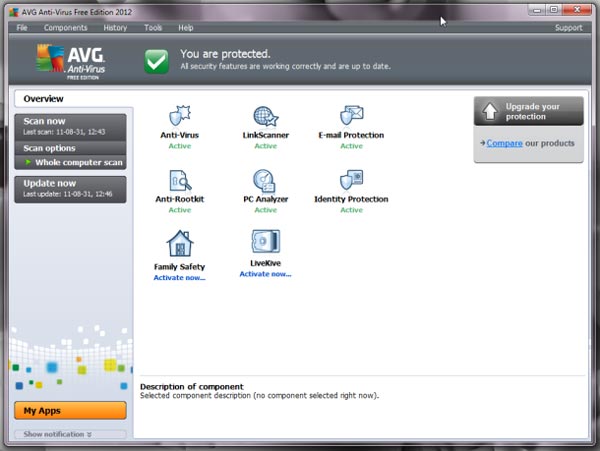 In one of the nicest interfaces in its class, AVG Free antivirus shield together in real time, an anti-rootkit, a coat of mail and a computer scanner, a rare performance function in products of this type. To this we must add strong LinkScanner, one of the best links scanner.

Avira AntiVir, the only German product which has been very conservative with appearance and interface. As said by Avira officials, its flagship product maintains a delicate balance between ease of use and advanced features. 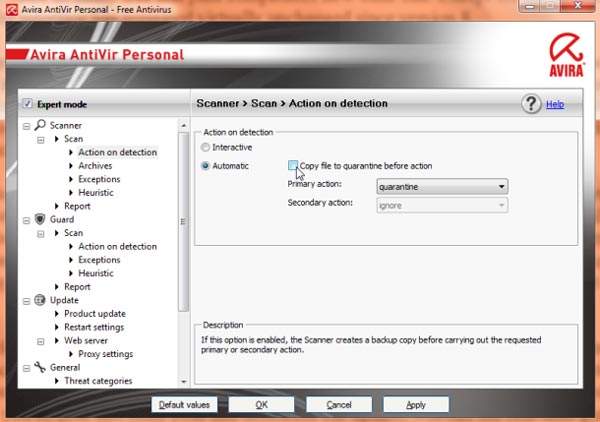 Under the gray heart, however, Avira hides one of the best antivirus engines into circulation. Avira AntiVir is fast, efficient and, above all, hardly interferes with their daily work. Unfortunately, no free protection modules for mail and other accessories.

When Microsoft was moving ahead with it’s own Security solution, others trembled. Since its appearance, Microsoft raised blisters between computer security companies, who feared not being able to compete against a free product distributed through Windows Update. 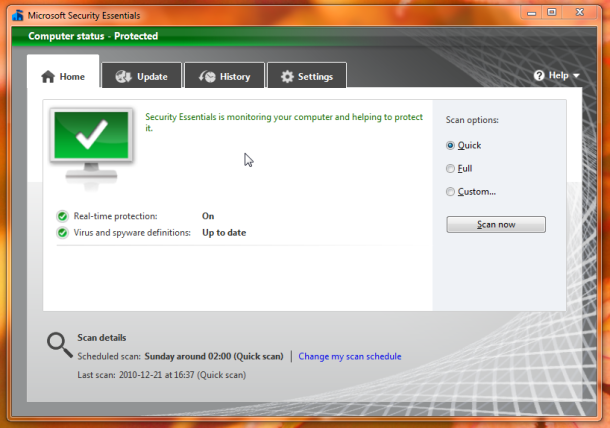 But the truth is that MSE has deservedly earned his place among the best free antivirus. Its effectiveness and low resource consumption (practically the same as Windows Defender, which replaces MSE) make it the antivirus of choice for slower computers.

And speaking of lightness, we could not avoid Panda Cloud, a virus that broke schemes as one of the first to rely entirely on the cloud, that is, to put aside regular updates to focus on the exchange of information between thousands of PC. And results? Exceptional. 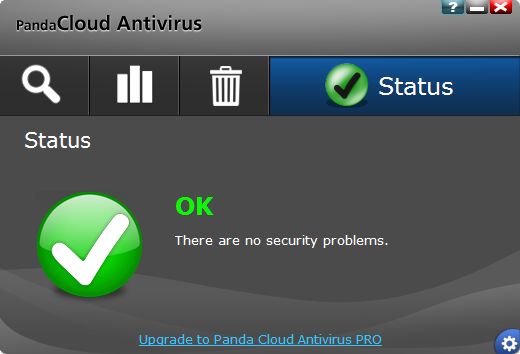 It is one of the most lightweight and easy to use, ideal for inexperienced or who prefer not to complicate your life by setting all the security parameters. In later versions, Panda Cloud also filters malicious web pages. Did you wrong? Without an Internet connection that its effectiveness is reduced.

How did we test Antivirus

Antivirus programs are special because they make specific promises about computer security, and the degree of fulfillment of these promises can be measured empirically. That is why we use Softonic quantitative and qualitative data to give the final result.

The first thing we do for each virus is to evaluate their functions with the help of a small guide that summarizes the most common characteristics of free and commercial antivirus.

Then, we value the antivirus following our three-dimensional model, like all other programs, which are measured from 0 to 10 and have a different weight. They are:

For efficiency we mean the ability of the virus to detect and remove malware proactively and reactively. An efficiency of 100% means that the antivirus detects all threats, but this is virtually impossible to achieve, a percentage higher than 90% is more than enough.

In terms of performance, it is efficiency and speed when antivirus scan files and examine. Its calculation, also with data from Virus Bulletin, is more complex, since we consider the following factors: 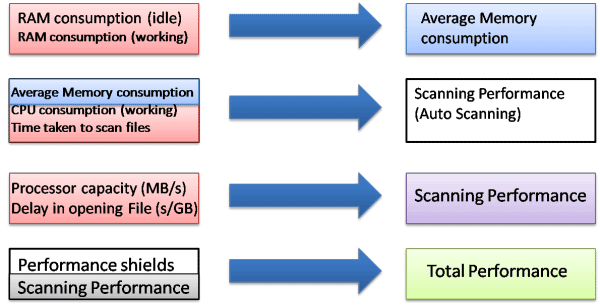 These data are obtained mainly from Virus-Bulletin , the independent analysis of the products most prestigious computer security. We also consult other sources ( AV-Test , AV-Comparatives ) for a more complete picture.

Avira AntiVir yields the best results in terms of effectiveness in detecting malware, but Panda Cloud shows the best performance. For features and usability, however, is avast! who takes the cake.

avast, thanks to exceptional efficiency, good performance and, above all, plenty of features and ease of use. Once again, great balance and generosity make it worthy of victory.

Silver for Avira AntiVir.It has the best protection and great performance, but it looks dated and the lack of options makes them settle for second place. If you offer more functions, it would be no problems with gold.

Third, Panda and AVG tie, but Panda won the bronze for its speed. Last post for MSE, which, although a valid security solution can not overcome the heavy consumptions. 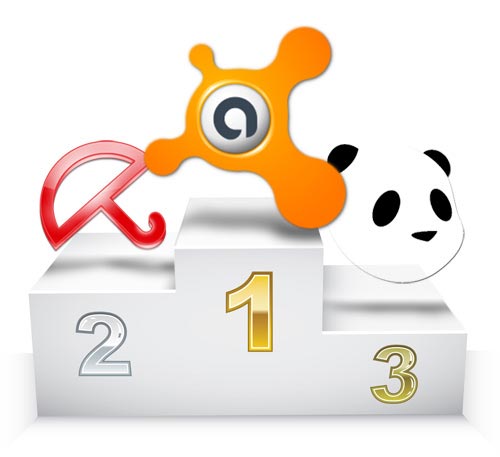 How are your personal experiences with them? Satisfied with the results?

Eset NOD 32 Smart Security is great, though its not a freeware.. 😀

Hello Author,
i m really really fan of your blog.

I m using MSE since microsoft releases this free antivirus,
i used many antiviruses like, Quick heal, AVG, avast and for my personal experience, MSE was the best antivirus till date, some antiviruses consume more RAM and slow PC performance but my MSE still beyond this.

Well, if personal experience says something good about some particular product then you should stick with it.
This article isn’t intended to use only #1 product but just an analysis with which user can decide which one to go with.

Rising also provide a freeware version of their software which Ive tried before,its low on system resources and quick to scan a system.
http://www.brothersoft.com/rising-antivirus-free-edition-download-105885.html

We considered just the top 5 which holds most of the market share which is mentioned at the beginning of post. Thanks for letting us know about the new Product “Rising”.

hi please i will be requesting for something outside the content of discussion,am into I.T and i need to go for training in India please do you know any training center that you can recommend good in the area of CCNA,CCNA Security,CEH,CCNP Security. thank you.

Maybe you would consider doing an article on other freeware security software availalbe and their effectivness, as an antivirus alone is not really enough these days?

dnt knw why they have given another name to it bcoz they r already famous by name quick heal.

oh really! Guardian is a product of Quick Heal Technologies. Don’t understand why did they opt for this name?
And it will be funny to ditch an Antivirus just because it’s Chinese 😛

Thanks for comment and sharing your experience by the way. Keep visiting 🙂

i think , quick heal have launched cheap in rate guardian to compete with net protector in the market.

Yeah, Net Protector is another highly marketed product. Maybe, its Quick Heals’ strategy to gain customers in another way.

i think , quick heal have launched cheap in rate guardian to compete with net protector in the market.

My opinion is this, there is no good antivirus program.I’ve tested them a lot. Most of them have only been done for sale only. And for example, Windows 7 start is already very slow then after addition of anti-virus it becomes an even longer or very unstable. So far I have found only some that can be used. What is there to be assessed? I can say only that it is very bad. And this means that they cause great damage, which can lead to reinstall Windows at all.There have been cases. And no help anywhere. Typically’s absolutely no possibility of a feedback or you’ll get a response, you being a fool. This is a personal experience.

I respect your views, Kalju, but here is what I think about it:

“There is no good antivirus program.” – Well, that’s your opinion and I agree that none of them is perfect but atleast some products are striving hard to improve and deliver security.

“Windows 7 start is already very slow then after addition of anti-virus it becomes an even longer” – It’s not always Antivirus but also the Hardware configuration and other software and startup programs installed.

“And no help anywhere.” – With free software, we can’t expect premium support. Most of the problems are created by the users and not software.

I disagree with the ratings awarded to Avast. Its deep viral scan is a sloth. Avast never updates automatically, unlike Avira. Its real-time protection remains inactive. Its web reliability advice is mostly defective.I would place Avira at the apex, while Panda at No.2. None of the rest merit any ranking. AVG itself behaves like a trojen.

MSE is best, using it since its first release till now no worry for viruses not even a single OS installation due to any virus problem. It consumes low ram too around 80-90MB.

It is one of the tough question without testing all the versions of 2012, however Avast is my favorite, I am using it.

thanks bro nice post.
check it out my blog please

AVG, Avast and Avira offer good protection but Avira is the most ‘commercialized’ of them all – the bundled Ask toolbar/search is misleading and has no place in a free AV solution. Gaming mode is a paid option and so is email protection – which really should be included.

If Avira sorted those issues out it could be no.1 but at the moment you’d have to buy Avira Premium to have the same cover as AVG/Avast…

Add a firewall e.g. Comodo too if you are only using free AV…

firts amazing article 🙂 the Software market analysis report dont lie hehehe that are the best but i try this 2012 with a new one and is relly good is called zenok free antivirus , the GUI is clean , and also have a good thing have a online backup thats a great tool.

I cannot thanks enough for the article.Truly thank you!

I HAVE USED AVIRA FOR YEARS AND IT HAS WORKED EXACTLY AS IT SHOULD. THE OTHERS I HAVE TRIED CANT COMPARE. AVIRA IS #1

After being installed for a few days, Avira transforms itself into an aggressive adware. with popups, reminder to buy the products and other annoying way to get your attention.

Then get Avast Home, Register for free and get 1 year validity. It rarely reminds you to upgrade to PRO but yes you will have to handle a girl’s voice every time it updates 😉

Hi, I’ve been using Avira for years with good results. In the last months, however, several viruses succeded to overcome it, so that I’m on the way of changing it.
That’s the reason for me to search for “the best 2012 antivirus” and for reading this article.
Due to my experience, I’m surprised that Avira still has the best efficiency among the sw under test.
I set up a clean computer with the 2012 version of Avira, then scanned the HD of three other computers with odd behaviour. All these 3 PC had the Avira up-to-date installation running. I’ve found 1 virus in the best case and as many as 30 in the worst. Too bad.
If Avira, which seems the most efficient, run so bad, what should I expect from others?

What u will say about Quick Heal total security ? is it better than all other ? please reply coz i m going to buy this. if possible then send the reply to my mail. thank u

Sir, I am using the one of the best antivirus 2012 Quick Heal Total security. It is the best of the antivirus in 2012.