Android phones are becoming increasingly better with larger screens, more processing power, a myriad of applications and many other functions. Of all the optimizations, one of the most promising is the cameras, which do not disappoint in terms of quality.

Currently you can record Full HD video directly from the phone, take pictures in low light due to the power of the xenon flashes and various other items. But sometimes the best hardware is not enough and you need to use some extra applications to edit images and let even more professional.

Whether to crop images, remove red eye, change the color, lighting etc, will definitely need an image editing application. However, due to the ease of creating programs for Android, many of these do not reach the desired pattern. For this reason we made this list, bringing some of the best free apps for image editing available on Android Market.

PicSay is one of the most easy to use from the list. With this you can add text balloons, title, pictures and some other items to your photos. It also lets you enhance the image, placing very interesting effects. 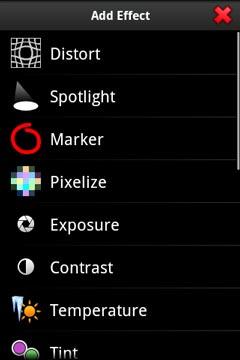 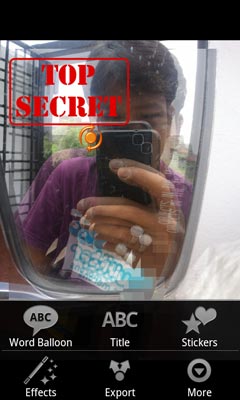 The user may take some time to get used to the interface of the application, but no advanced knowledge is required. Just “playing” with PicSay easily be adapted to any individual program. However, if you have any difficulties, the application provides a help session, giving tips on how to best use.

Among the editing options, the following:

Having Photoshop Express installed on your device is like carrying the famous editor of computer images with you at all times. With the advantage of being portable and extremely easy to use. 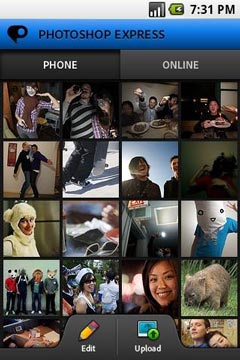 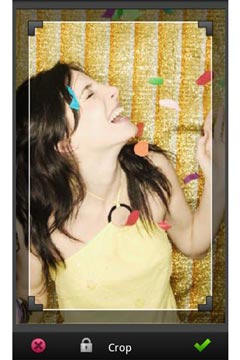 The initial interface automatically creates thumbnails of photos from your camera, which greatly facilitates the choice of the image being edited. After selecting it will open the editing screen images.

Unfortunately, despite the name, the application features are a bit limited, ultimately it was natural to wait more than Photoshop. However, do not disappoint and they work very well. The tools available are:

Best of the application is that after editing the photos, you can easily send them to Facebook, or Photoshop.com, TwitPic.

Considering that Adobe makes available free application on Android Market, Photoshop Express is another good choice for image editing, obviously without all the power of his brother in the desktops.

Skitch is a bit different from other programs in this list. That’s because they do not apply effects to photos, but functions as a simplified version of MS Paint. 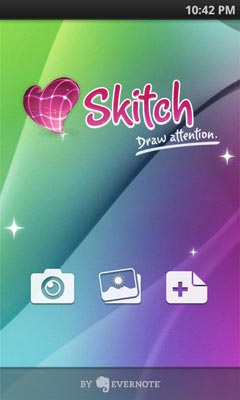 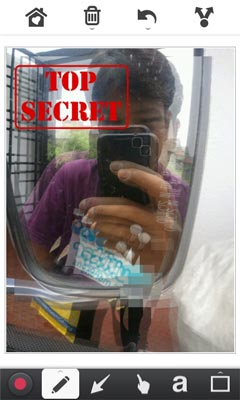 The application allows the user to place a series of texts and outlines useful for photos. It is as if following the same concept of Evernote for notes, however, with this, the annotations are attached to images. It can be used, for example, to add the address of the restaurant of the photograph or the name of the person named in it.

The interface is quite simple to use and even all by icons rather than text, simply use each icon once to know their role. You can also share your photo with any online stream, such as Facebook, Twitter, email and others.

Following a different concept of photo editing application Retro Camera will not let you make edits on the images manually, but automatically applies them while capturing. 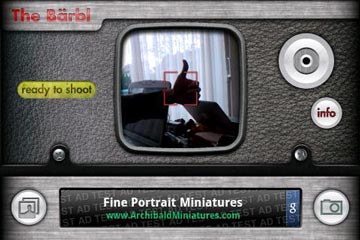 Clicking cameras available, the program provides information on these, comparisons of contrast and saturation and also demonstrates an example of picture taken with the model chosen. When selecting the camera, the application interface also changes to suit. 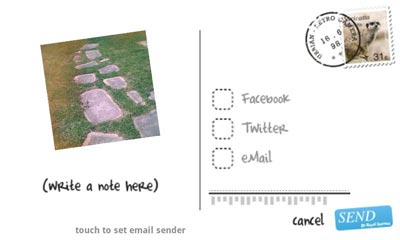 Because the program automatically applies the filters to images, photographs have a certain delay, so it is best to use the application to portray images. The gallery also presents a very interesting and nostalgic track, showing that the application was made in great detail and style.

BeFunky is probably the most complete in this list. Enables the addition of various effects to the pictures is extremely simple and intuitive. The program offers a wealth of options, with about 50 different effects and 40 frames to choose from. 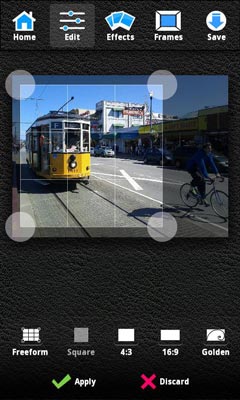 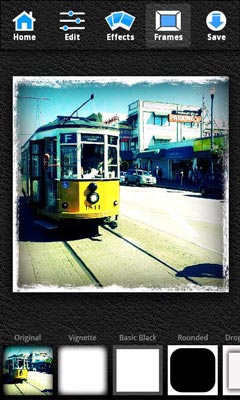 In addition to applying the desired effects, the application provides improvements in memory, contrast and saturation, leaving the issue with a very professional appearance. This also makes the effects more useful, because each has a bar for selecting the intensity of the application, heavy ingress.

The program is stable and fast. The option to preview the filters before applying it apart from others. Regarding the cast, photographs can be sent directly to Facebook and Flickr.

Unfortunately the Adobe AIR program needs to function. The supplement may become a problem for some devices as it takes up 16MB of storage.