Which is Best Place / Seat in Cinema Hall, Theater or Watching HDTV 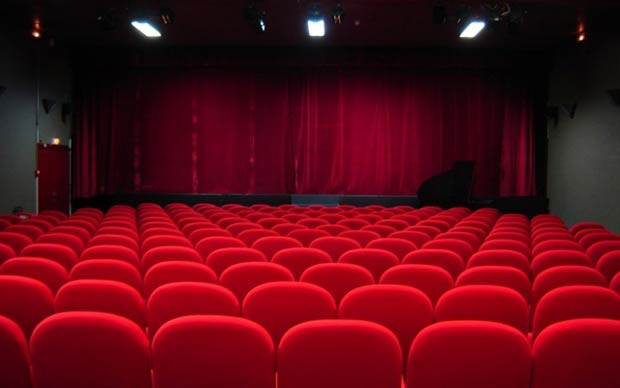 Personally, I am a movie-buff who hardly miss out on a Bollywood release. For all these years, I kept experimenting with different seats in cinema hall to get best movie experience. But, it’s not just me, researchers and studies were being carried out to find that best  seat in Cinema Hall.

That perfect seat position in a cinema hall where you can enjoy best sound effects, optimal viewing angle and everything for an awesome movie experience.

Seat position that offers the best viewing angle within a film – According to the THX standard, which also takes into account the reverberation and sound insulation – are those seats that are within 36 degrees from the last of the room.

Furthermore, as suggested by the SMPTE – American society that brings together professionals from film and television industry – the lines formed by the edges of the screen must not form an angle greater than 30 degrees, and ideally the line of vision is 15 degrees below horizontal center of the image. 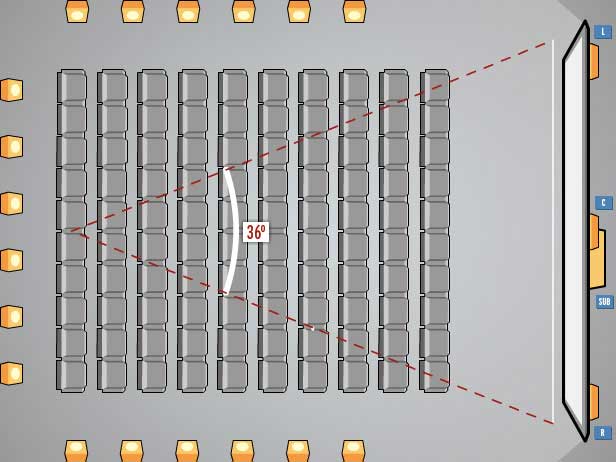 With respect to acoustics, the best place is one that the sound engineers use to calibrate the equipment, which is right in the middle of the film or two thirds of the back of the room. Also, to amplify the stereo effect, look for a chair that will not be exactly in the middle of the row, as this is the focal point of the two audio channels.

Choosing the best place to watch a live performance is a little more subjective than choosing where to sit in a cinema. Here, there are other variables such as the type of play or a presentation that you will watch which is your own personal taste and structure of theater.

However, the best places are usually those located in the front rows – between 5th and 12th – and they are well centered, placing the viewer in the same viewing height that is used by director of the play, ie, exactly at the point where the play should be assisted.

How about applying the suggestions from experts and create a real and effective “Home Theater” at home, distributing your TV equipment, sound and video so you get the most out of the experience?

First, never forget to consider the proportions of the environment and the size of your TV screen. Moreover, the way the different furniture are distributed can also affect the sound and viewing angle, for example if you get a pair of the best recliners for your home theater set up, you need to place them in the right distance and angle for an optimal experience. 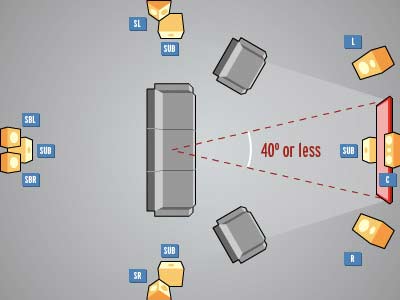 Thus, according to the THX standards, your TV set must never be at a height that forces you to look at an angle of 15 degrees above your viewing angle. Moreover, to know what the ideal distance you should keep the screen, check the suggestions below:

So, now you know the principle of choosing the best place in theater or grab the best seat at cinema hall. Still, next time you visit, It is more of dependent on availability. 🙂

NOT MUCH CHOICES AVAILABLE AT CINEMA HALL. HOWEVER CAN PLAN WHEN INSTALLING HOME THEATRE.