Should I Buy Kindle Fire HD In India? Does It Work? Any Problems?

Kindle Fire HD now available in India for sale from Rs. 15,199 for 16GB and Rs. 18,999 for 32 GB. Considering the price, it is pretty cheap and affordable for Indian who wants a budget tablet. Plus one get’s the brand name “Amazon”. But is it worth buying Amazon Kindle Fire 7″ tablet in India?

How To Buy Kindle Fire HD in India?

Kindle Fire HD is still a US only product but it can be bought and then imported in India. For that, there are various sites from where you can buy Kindle Fire HD online: 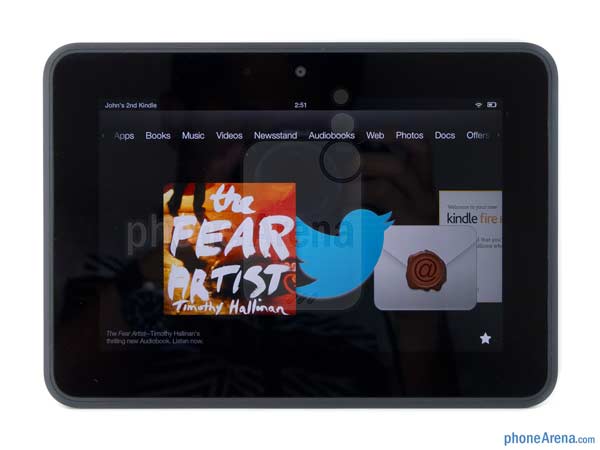 Should I buy Kindle Fire HD in India?

Long answer: Thing which will provoke you to buy Kindle Fire HD is its price. Definitely, it is a low price product and could be considered in the list of budget tablets. But what lies inside this beautiful looking not-so-expensive tablet, unofficially available in India? Does it work fine in India or are there any problems?

Amazon is known for their content, call it Movies, Videos, Books, etc. and Kindle Fire HD is definitely for content consumers and entertainment and not a productivity tablet. But this content streaming and other stuffs are US only and not for India.

Even if you login using fake/arranged US credit card, people at discussion forum (Amazon) complained that it is still not accessible. So, without content, Kindle Fire HD would be useless.

Kindle Fire HD runs on Android ICS, highly customized and skinned to the level that you won’t even recognize that it’s Android.

Well, that’s not a problem but it lacks the core Google apps such as the Play Store, Google Maps, Gmail and YouTube.

Essentially, we find things like the Contacts, Calendar, and Email apps, which are pretty basic as they can get. But, they don’t offer the same level of complexity and control as its full-blown Android counterparts. For example: the email app doesn’t even support threaded messages, and has no support for Gmail’s labeling.

Amazon Appstore is simply not up to par with either Google’s Play Store or Apple’s App Store in terms of application offerings. It lacks some other modern conveniences like a GPS receiver.

If you had made your mind already but now confused after reading this article then here is an alternative solution. You can buy Google’s own Nexus 7 which is also super-affordable tablet offering quad-core Tegra 3 processor and unpersonalized Android 4.1 Jelly Bean.

Nexus 7 8GB version is available for Rs. 16,480 on Indiatimes or Homeshop18 or ebay. It is slightly expensive than Kindle but you won’t regret buying it. Another good news is, it will be soon (November 2012) available in India officially.

Based on review by PhoneArena

Hi Rohit, Your analysis is really impressive and helpful. Keep it up.

Thanks rohit for the review. Actually, I was almost sure to buy this. I read some article which compared screen of nexus with kindle and concluded that kindle had much better screen.

however, What do you mean by content only in US? I can always view things everywhere

I mean the Movies and Videos from Store won’t be available outside US. Check out the discussion thread – http://www.amazon.com/forum/kindle?_encoding=UTF8&cdForum=Fx1D7SY3BVSESG&cdThread=TxO44N3AB9RUUU

Moreover, what will you do if most of the Android Play Store apps and Store itself won’t run on device.

Good point. I guess nexus 7 is better budget but then in India.

i have purchased kindle in US. i wanted to use in india. iam not able to download any applications except mails. skype etc. can you please hlep on this.

Thanks for the analysis Rohit. I was almost ready to buy it and get it shipped all the way to India. Thanks to your blog. Also, thankfully i searched something like this topic. Else I was only getting reviews and comments from US customers which were just goodie goodie. However one thing I would like to know. How can we download and use books if Amazon contents are not downloadable in india. Because I have a Kindle touch and keep purchasing books and i get those in a minute.