Recording PC Game Play or taking Game Screenshot was never a simple task. Most of the free applications available till date were either crappy or inconsistent. Well known or popular applications for recording Game video like Fraps were never free.

Now it is possible to record your Game play and take screenshots anytime you wished. Many of us are already familiar with Game Booster, a nifty application by Iobit to boost overall gaming performance for low end systems. The latest 3.5 beta released supports capturing game videos and taking game screenshots, so from now we can expect the later versions to have this feature permanently.

How to Record Game Videos with Game Booster 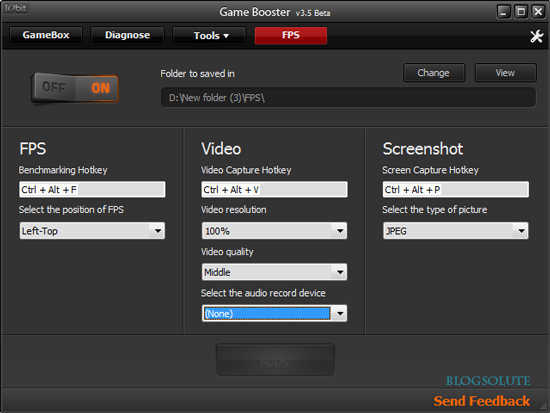 Upon installation go to the FPS tab. The first thing you need to do is click the On button to activate the setting parameters. You can select the position where the game FPS will be shown. Set a location for Saving the contents recorded. Its better to select a location in the hardisk partition with highest free space if you intend to record long gameplay sessions. 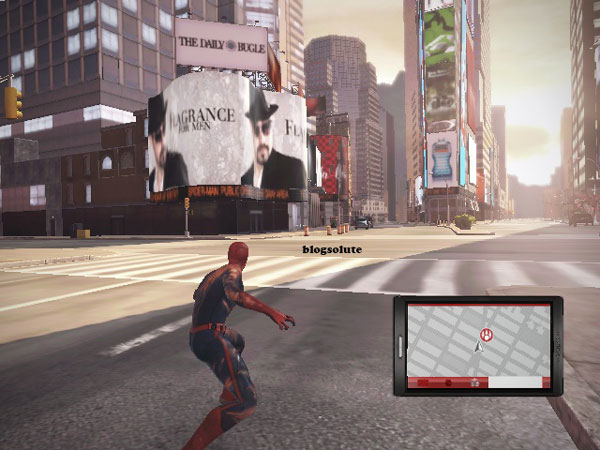 There are not much options in this section. You can select the hotkey combination and set the image type to bmp, Jpeg or Png.

I cannot say for cutting edge gaming machines, for example a machine that can easily run a game like world of warcraft in the mythic dungeons game mode will have an easier time recording, you can click here for a mythic plus dungeons overview which is simply fantastic gameplay for any sort of player of world of warcraft… back to recording… For myself I have tested on a low end system, my catch was whenever the recording was started I got 5-10 Fps drop. While other factors were fine. There were no lags and game crashes.

Best thing I like was that if you want you can also hide the Fps display during the game. It will again show up when you pause the page or move to main menu.  Screen capturing is smooth without even a jerk to your game.

So not meant for today’s games. While testing I was on the lowest Settings available in Game, Lag free.

In IOBit’s site it is written that Voice recording function is added but as stated in article you could not record game sound..

Both are different???
Does it mean that what we speak using our mic will be recorded while the game sound will not be??

Ya I was able to record my own voice over microphone ( you have option to select the recording device in the FPS menu) but not the in game sound.

Thank you for another informative website. Where else could I get that type of information written in such a perfect way? I’ve a project that I am just now working on, and I’ve been on the look out for such information.