After three weeks of beta testing, Google has released the stable version of Chrome 10. This browser which had grabbed headlines for being extremely fast, has reportedly become even faster. 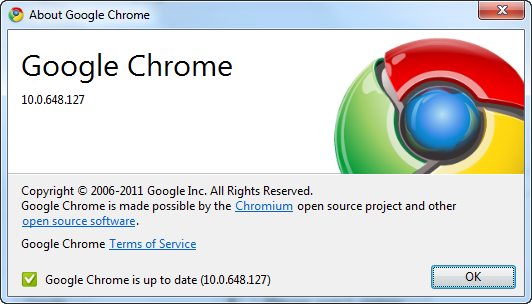 It features a new and improved settings manager, encrypted password syncing and a multitude of other features. It makes use of the V8 Javascript engine, thereby making it much faster than other browsers. The settings manager now comes with its own search box, to search for any particular setting as you type.

Also, Chrome’s sandbox has been extended to include the integrated flash player, thus making the browser more secure. The password sync enables retrieval of passwords on any computer, and it can be encrypted either by the google account password or a separate keyword.

If you have not yet tried Chrome, do try it, It is definitely fast, maybe more than the other browsers, but the multitude of features do warrant a looking at.