BitDefender has made it to version 2011 finally and have release BitDefender Antivirus Plus, Internet Security and Total Security 2011. New version brings improvements to the modules that maintained your PC secure in the previous edition, as well as new features to increase protection and turn handling the applications into less of a challenge for all types of users. 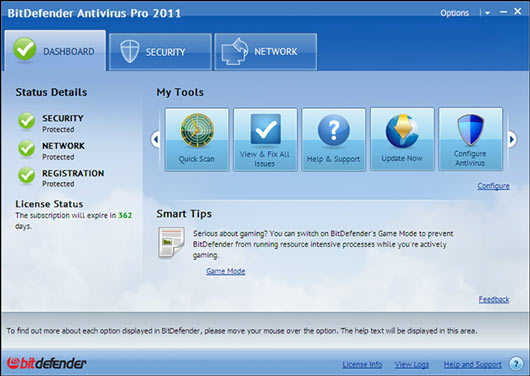 In addition to Antivirus, it has AntiSpam and Firewall with Parental Control. 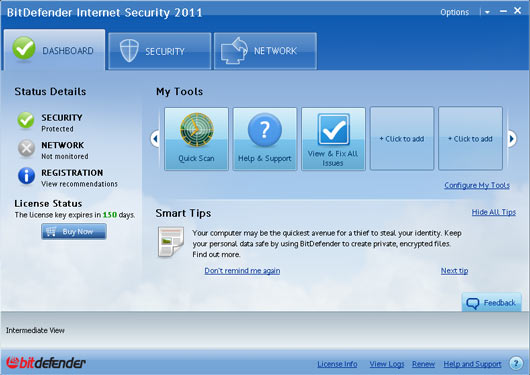 BitDefender Total Security 2011 includes plenty of additional features above and beyond those found in BitDefender Antivirus Pro 2011. Consists of three views out of which Expert interface gives you full control over the suite and its modules: antivirus, antispam, parental control, privacy control, firewall, vulnerability, backup, encryption, tune-up, home network and game/laptop mode. Each of them come with wide customization possibilities to turn the suite your way.

This is a complete security suite as the name says consisting all the features of above products including some more like Performance optimizer tool, online Backup and File encryption feature. 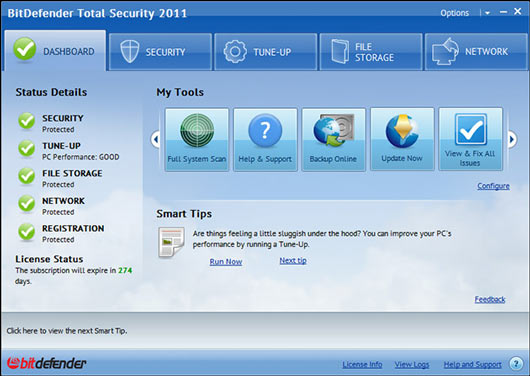 hey are you crazy!!! who’s gonna give you this software free. this is just a trial version (can use it for 30 days). if you want this software full version with its activation key you have to purchase it legally. Thats all you noob!!!!