WebP image format is developed by Google which is aimed at replacing JPG images from Web offering 40% of compression in size. Now, they have released WebP codecs for Windows to view webP image on Windows Photo viewer.

Windows Imaging Component provides a set of image processing API, as long as the appropriate codec installed components and support application that WIC will be able to obtain WebP other image formats. WebP codec components currently only contains the decoder. Future versions will support both encoding and decoding. Metadata support will also increase. 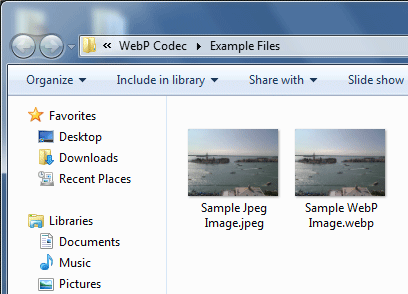 Download the WebP codec installer. After installation open the Explorer, there are a WebP JPEG image and its corresponding version of the thumbnail (above), then use Windows Photo Viewer can be opened directly WebP image, because the support of WIC application already open and Use WebP image as shown below. 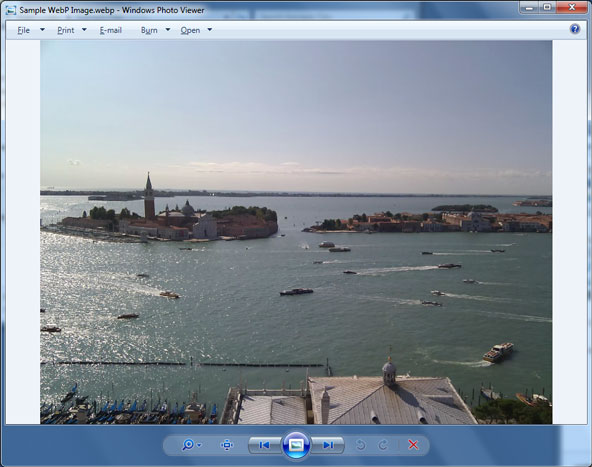 Last 3 days I am searching on web “WEBP Viewer” and now I am so happy to see that Google make it. Thanks so much Google Team.