Recently we wrote about Fake Tweets Generators which generated fake tweets from any user account. In similar fashion, I would like to share web service which can generate Fake Facebook Status Conversation with Real Comments and Profile Picture.

Fake Facebook Conversations can be used to have fun with your friends and acquaintances by adding them to your Facebook wall.

Fake Convos is a Web service is infact an interesting webware which generates Fake conversation on Facebook with same design and interface as real as facebook.

This includes same font and disply style of facebook with real Display Picture of user on Facebook. To make it look more real, Fake Convo adds some extras like ” 23 Hours ago via Facebook for Android ” with “7 Likes” 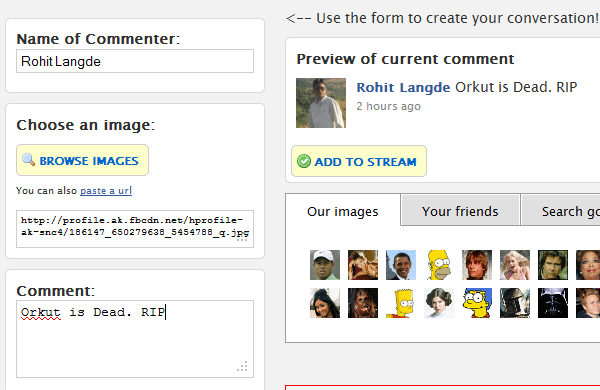 Add the Status / Comment to the box below and click on Add to Stream. That’s all. In this way, any number of comments can be added with different profile names and Photos.

This is what I created in few seconds using Fake Convos. 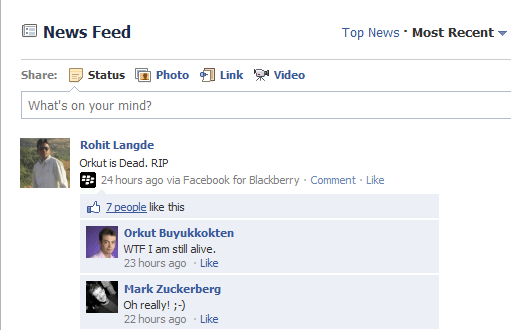 There are other similar services like FacebookQuotes which claim to does same thing but the results doesn’t look no real with Blurred Display Picture and unreal background design.

Nice one. Well, its not well secured as fb cannot recognize the fake post and block them. Fake account also make a disturbance in life. But it has to be identified for the security of the fb users.

This one has nothing attached to Facebook directly. No fake account is created. It’s just a image which is outcome of the app which can be shared on wall. That’s it.

How can I get pass that survey shit?

Where are you finding surveys? yeah, sometimes full page appears but you can press SKIP at top right corner.

However if I log out, it all fine (beside clicking on skip ads)

Logging in to facebook gives you access to Friends’ Photos and Names. Instead of Logging in, you can grab their Profile Photo’s Image location manually and avoid surveys 🙂

looks like i could have alot of fun wit this lol

I’ve reported too many times and also some of my friend did it for blocking/ removing the profile picture of an account. But the Facebook team never inform me or nothing they could do. I hate faker and nudity in facebook.

Also, check out the new http://statusfaker.com

But I am not able to publish fake status on facebook..:( how to do that ???