We have already seen Funny April Fool Apps for Android and here are some Fun web service which lets you tweet from any Twitter User account. Ofcourse, they are Fake tweets resembling real tweet from specific user. 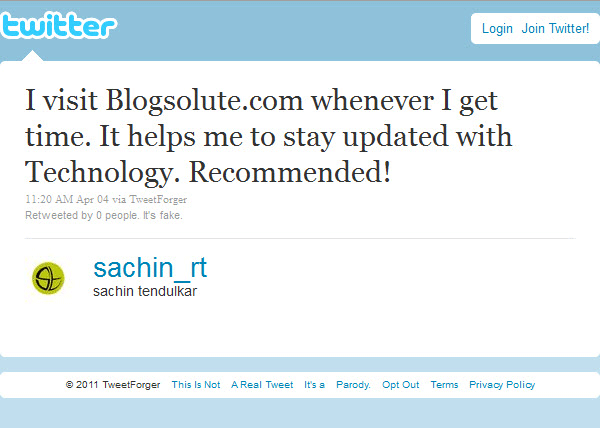 This is almost same as above but problem is there in Result Page which shows FakeWhale Logo instead of Twitter. Change of Logo makes it easy to catch the prank but still effective at very forst instance.

The Result page is just not real but you have to use the Image generated which is pretty cool and has almost REAL appearance as Twitter.

Obviously, the tweets you generate aren’t actually from the user timeline but they appear to be same and enough to fool the person at first instance.