If you cannot boot into your Operating System or you think your system is totally infected with some sort of malware and your antivirus isn’t able to wipe these intruders, then before trying to reinstall the Operating System and losing most of your precious data (in case of unbootable system), you should give any one of the below mentioned antivirus software that let you scan at the boot time. 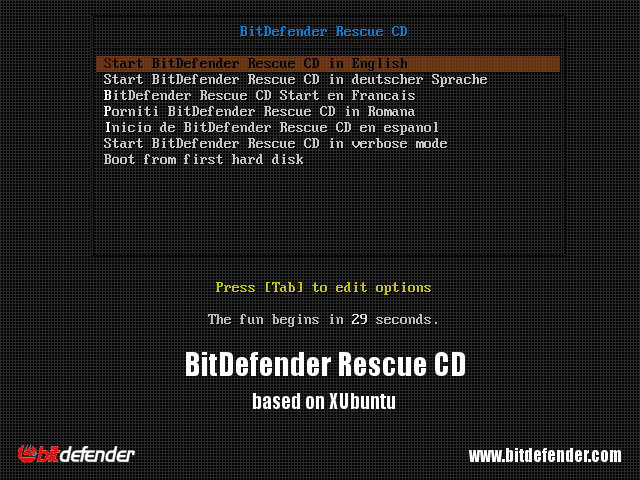 BitDefender is capable of scanning and disinfecting your system at boot time. This is another one of those who states to used only when your system in not booting or is almost inoperable.

Virus Detection is Good and gives you option to choose what to do after threats have been detected.

You can download the ISO from here and if you’re looking for a guide to create bootable rescue cd or usb check out this link. 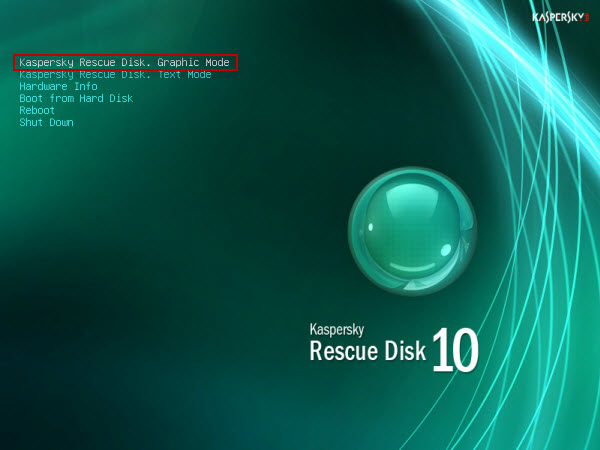 Kaspersky Rescue disk is specially made to scan, disinfect, and restore infected operating system. The official website of Kaspersky states that this software should only be used when the operating system becomes unbootable. Kaspersky doesn’t need much introduction when it comes to defending systems against intrusions. The rescue disk is capable of removing any kind of intrusions and makes your system bootable again.

Graphical User Interface is quite user friendly but sometimes, cleaning enters infinite loop mode and then only option is to unplug power.

You can download the ISO from here and if you’re thinking on how to create a bootable USB drive then you can check out this link. 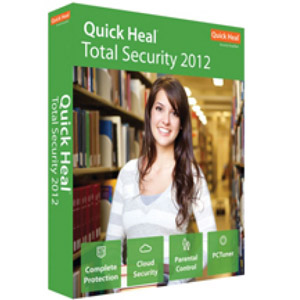 This is the only antivirus which comes with an inbuilt boot scanning option. Actually this is one of the things every antivirus should come with. To perform a boot time scan through Quick Heal, you have to follow these steps:

Quick Heal is faster in scanning compared to above solutions while I doubt about offering complete threat deletion.

If you don’t want to believe in ratings and comparisons provided in this article or by anyone, you should create a combination of all these top Antivirus Rescue disks. Shardana Antivirus Rescue Disk Utility can help you in creating a multiboot disk. 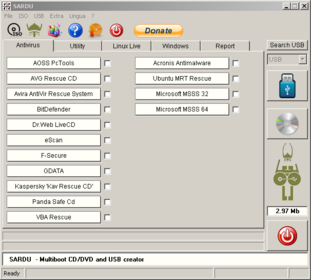 This is one of those applications that everyone should give a try. This is just a utility that lets you create bootable disk/usb from the available antivirus rescue disks and system tools. The application does not come up with any of the rescue disk or system tools.

Here is the list of supported antivirus rescue CDs and other tools:

It offers either to create an ISO image or make a bootable usb drive by combining two or three tools and rescue CDs together.

You can download Shardana Antivirus Rescue Disk Utility from here.

Now QuickHeal is not the only one providing Boot-Scan option. It is also available in Avast too now..

Thanks for the headsup Mayank. By the way if you have used them, how will you compare their effectiveness? Which one would you recommend?

I am using Avast as recommended by you.. I must say the overall protection is good.

I used the boot scan once when I had W32.Sality virus attack on my computer but it failed to repair the files (it fails to repair most of the files).

As I didn’t want to delete all my .exe files I installed trial version of Kaspersky and it did the job smoothly ..

Ashish if I will in place of u I won’t repair the virus I would Have Deleted it. Avast! is the best antivirus.

I Am using avast! internet security 7 full version and I think this is the best antivirus instead of kaspersky or quickheal because these two antivirus make computer running very slow. I compared all the above 3 antivirus but I like the avast! very much. I recommend avast!

I had used QuickHeal’s Boot Scan feature back in 2009. It was Quick Heal AntiVirus 2009.
But haven’t used Avast’s Boot Scan so not sure but I think that Avast may surpass Quick Heal in terms of Boot-Scan too as it is fast and very effective in detecting virus’es…

Avast’s Boot Time Scanning is best of any other antivirus.

kaspersky is best , even worth spending the buck , about 700 rs for one years liscence (internet security)…that is the complete antivirus suite…2 places it lags in , it cant really catch phishing and keyloggers .

talking about the rescue disk i have used on 2 infected PC’s and it really did an outstanding job.

if you want to use it (the rescue disk) download the ISO file and keep it safe on a hard disk(of a seperate pc)or a pendrive.

when ever u need it , update it , there is a utility, ill tell about it in detail , if it interests anyone…u can always update the rescue disk iso , put it on a pendrive boot ur PC from pen drive and scan ur PC..so u dont end up wasting cd’s also..

its a simple job.ive done it over and over again quite a few times..and have used the antivirus (KIS) extensively.

so if anyone also wants to know , how it is or wants comparisions.
whatever little i know i can share.