Ice Cream Sandwich aka Android OS v4.0 is truly an awesome Android version too try. But not all Android devices can support the ICS Android OS v4.0. Although, the manufacturers are rolling out updates for their devices but such lists does not include the low end Android smartphones.

Phoenix launcher Free can be considered as the best ICS Launcher for your Android devices running on Android OS v2.3 and above. Apart from the closest look and feel, it covers 5 functional workspaces, allows users to create shortcuts, support all image wallpapers which high-end users are enjoying on ICS Android version.

And supports all smartphone including LDPI, MDPI and HDPI devices. Phoenix launcher Free divides the menu screen into two panels(Apps and widgets), where a drop down menu which includes some frequently used settings like Google Play, System Settings, Manage Apps and Wallpapers. 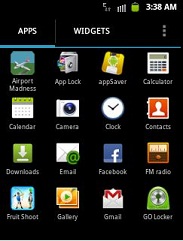 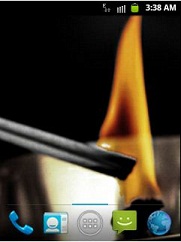 Phoenix Launcher Free works on almost all devices provided they are running on Android OS v2.3 and above. You can download and enjoy the ICS feel.

The menu screen is divided into Apps, Go Widgets, and the apps which are currently running on the system. Comfortable factor is that, users can manage their Android apps in numerous ways like(apps based on names, apps based on usage frequency, alphabetical arrangement for apps and more) which allows users to enjoy the customization features along with the ICS look and feel. And if you want to collect and store your favorite Android apps in one place, you can use the Folder option.

GO Launcher HD for Pad requires Android OS v3.0 and above Android OS versions to work. Users can download it from the Google Play.

Nova Launcher is only meant for Android OS v4.0, strange, no its not. Though, ICS Android is quite flexible, but to enhance the user interface to a greater extent, you need Nova Launcher. Nova Launcher allows users to tweak up their apps and widgets arrangement via rows and column arrangements. What makes it really a worth trying is the cube effect which provides a elusive 3D effect arrangement of Android apps. Users can even change the Android app icons they didn’t like. Apart from just beautifying the Android user interface, Nova Launcher also provides practical features too, that includes Backup/Restore of settings and layout, gestures, hide apps, Widget Locker and more.

Though, you are already using Android OS v4.0 aka ICS, but still a great try awaits you. Download and enjoy the vastness of Nova Launcher.

So these are some Android ICS Launchers which allows users to add flavours of ICS Android OSv4.0 without actually using it.