Samsung has redefined the Professional photography by introducing a revolutionary product called GALAXY Camera. It combines the power of photography with intelligence of Android to be called as SmartCamera or in Samsung’s words- Connected Camera.

What makes GALAXY Camera better than conventional Cameras? With GALAXY, you won’t be facing common photography pitfalls. Better, I should say, You will overcome those pitfalls with this smart device.

Along with the high-performance photography features, GALAXY Camera has computing features. Powered by Android 4.1 Jellybean and has internet connectivity feature using 3G, 4G and Wi-Fi.

So, this Connected Camera allows users to shoot, enjoy, edit and share high quality images and video from anywhere, at any time through a single device. 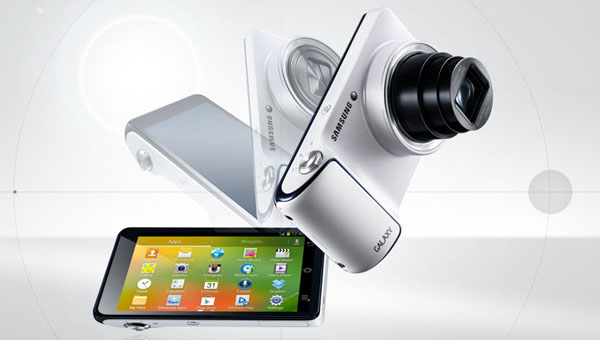 In a recent Advertisement Campaign, Samsung tried to depict the common photography pitfalls and how you can overcome them with arsenal features of Samsung GALAXY Camera.

2. Me Too – It is another common situation where everyone wants the group photo in their phones for personal collection. So, instead of capturing it again and again with different devices, GALAXY Camera could send it to all via Bluetooth.

3. Instant Viral – There are con-incidences during an event which are really funny. GALAXY Camera’s slow motion effect can compliment such recorded videos and make them go viral with one click sharing on Social web.

4. Lost at Sea – GALAXY Camera has inbuilt feature to store your photos on cloud (Dropbox) so, you don’t lose any in case of damage.

5. Eyes Wide Shut – While capturing a group shot, not every face in the screen is perfect. In such cases, GALAXY camera allows you to choose the best face from captured photos. So, you don’t have to capture it again to get the best shot.

6. Iron Curtain – At the live event / stage show, when you are far way from the podium, it becomes difficult to get a good shot. Not only because you are at a distance but also because of the distraction in the view. In such case, GALAXY Camera’s 21X Zoom can help you get the best clear quality picture.

Photography will never be the same again!