Google doesn’t have Social Web market on Internet. Years ago, it bought Orkut which couldn’t do better except Brazil and few Asian countries. Recent attempt- Google Wave was also a flop show so, Google+ can be said to be the results of their secret efforts and answer to Facebook which is ruling Social Networks now.

Recently, Google +1 buttons for Websites were revealed which used as recommendation tool and a signal for Search Engine. But are these two things different: Not actually but it is related to this Google Plus Social network. 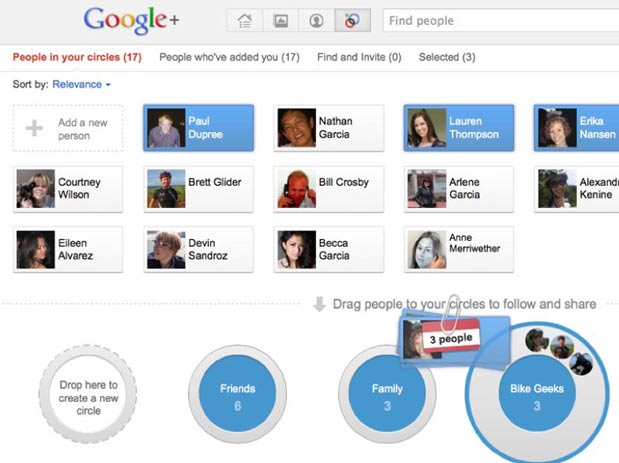 If you have hundreds of contacts in Google account, you probably will not want to share everything with them: we can create circles of users (co-workers, friends, family …) and share specific content with them. I know, nothing new as Facebook also allows you to do the same. Although not as intuitively.

Create groups and adding users to them is very simple and intuitive thanks to HTML5. To add users to a circle, just drag it to the circle. All with nice animations.

On the other hand we also have a module called Spark which gathers people and blogs of same interest : things to read about topics that interest us, all cooked and selected by Google. Has enough data to do so. And let us mark +1 help you know exactly what we like. 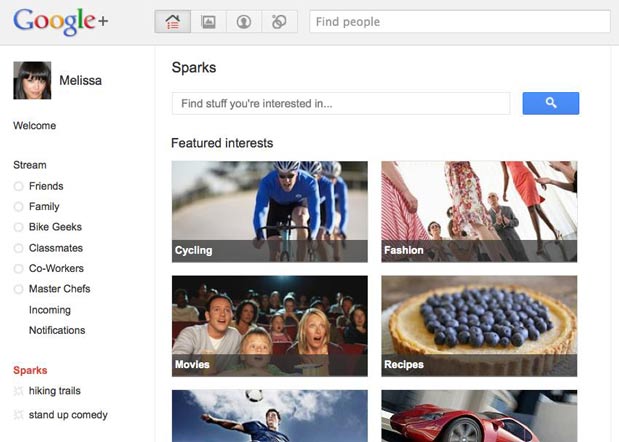 Google + includes an entire section dedicated to photo sharing on social network. We can see the pictures that we have uploaded and which we have tagged and have absolute control over their privacy options.

It also offers a killer feature : video chat between contacts group . But as Skype offers us, but a curious way. Instead of inviting users to chat with those we love, what we do is we’re available to chat. Our contacts will see this message and join the room instantly. We do not see the image at all times of our contacts: the system is responsible for displaying the image on the screen of the user speaking at the time. 10 people can join one of these left . Of course it is also possible to text chat with one or several contacts simultaneously.

To loop the loop with the media, expect to have applications available for mainstream mobile platforms (Android drawer, we can assume that also IOS) to manage the social network and automatically upload the pictures to do (in private, though: when we get the computer may be labeled and marked as public).

Final Words: Like you all, even I thought whether we need another social network when we have Twitter and Facebook. But nothing is permanent even the popularity of Facebook. Though, Google is dominant in Search Engine, Email and Mobile OS but they weren’t anywhere on Social Web.

Google Plus Social Network, no matter what Company says, is an answer to Facebook to prove that it hasn’t gave up. As of now, it is available only to few accounts and gradually rolled to all Google accounts.

Is this on what Google was secretly working for years to make a Facebook Killer? Only time can answer that, till then, I await for an invite.

Check out Google Plus Social Network Features and Demo in Live action at http://www.google.com/+/demo/

Too early to come to any conclusion. We may be finding it confusing because it’s new. There was a day when you may have found Facebook difficult in old Orkut Days!
Only Time will decide its fate.

Google+ is definitely my favorite when it comes to social networks. It’s so much better than horrible Facebook. So glad I now have a better option.