Want to make your friends amazed by your knowledge about computers and praise you as Computer Genius? Or the Computer Hacker as shown in Sci-Fi movies? Here are some tricks by which you can show-off and look like hacker and master of Zeroes and Ones without actually knowing it.

Change the Color of Text on Terminal Window to Green

It is said that Hackers have Terminal window with Green color text with black background or it is an assumption of many thanks to Sci-Fi Movies.So, this would be the first step to make changes in the appearance of Command Window. 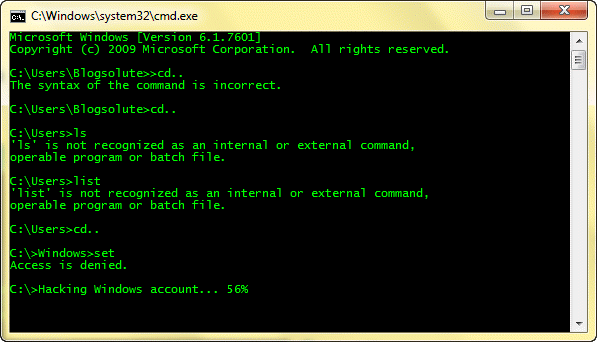 So, you have hacked and entered the Federal Bank’s system and now transferring all confidential data of accounts. Here’s a customizable progress bar where you can show that you are transferring all that data to your computer.

Fake Progress Bar is a program that is intended only to show something important is happening. Actually, it does nothing except showing an endless succession of progress bars. The best: you can customize the text as you wish.

If you get an error at the beginning, chances are you need COMDLG32.OCX . Save it in the same folder of the program installation folder i.e. (C:\Program Files\Fake Progress Bar)

Use Resource Hacker to Change Text on Programs

Resource Hacker is a program which can edit executable files. You can not change their behavior, but some icons and texts. 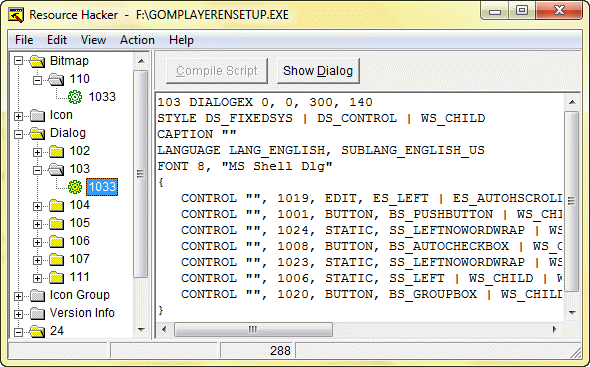 Do not expect miracles, but with a little luck you can try to convince your friends that you decompiled and compiled a program for improvement.

I remember decompilation of Winamp Media Player and customize it too look like as if it was developed by me.

A normal-looking Windows is predictable and boring. If you want the visitors to be amazed by the originality of your system, use a transformation pack .

In the film sets the complex machines are always full of lights and information. Your Windows must have something similar to Rainmeter, a system monitor that can fill your desktop information such as CPU usage, temperature sensors, disk space, etc.

Everyone knows that the real hackers are unaware of the mouse: everything you need is a phosphor screen and pounding the keyboard to hack any system.

So, do not forget to always have a few command line windows open (Start> Run> CMD). No matter if you use them or not, but show them from time to time and type something in them, move through directories.

Pretend You are Hacking Pentagon

To pretend to be a hacker there’s nothing like HackerTyper, a curious Web application that simulates you’re writing code in a terminal, with its rigorous ACCESS GRANTED or DENIED. 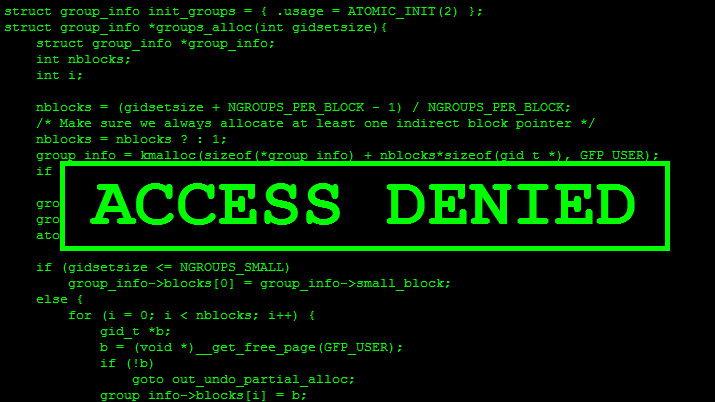 All you have to do is adjust the settings in the first window, and press Hack!. Then, type anything very fast on the keyboard and the code will appear as if some command line is going on followed by a message.

This is L33t text type said to be used by Hackers. There are translators available online which can convert simple English Text into L33t type as you type. Try one of these sites called Jayssite to do this dirty work.

Finally, don’t forget to brag about “How you hacked your Brother’s account” when he forgets to log-off or saves password on shared computer.

What more have you done to show-off your computer skills or just to fool (read: amaze) your friends and freak out people nearby?

I always visit blogsolute …. this time it is not only brilliant but also hilarious…..hihih

Indian movies should atleast follow some of your brilliant examples.

Lol, I like the Green text on cmd thought. That window theme also looks cool

how did you do this ?? Transform Windows To Look Like Something else..

can you give me a link please . zayud05@gmail.com .

You are just awesome 😀