How to write Indian Rupee Symbol on Blog, Webpages or anywhere on Web

Recently, Indian Currency- Rupee Symbol was finalized and it is slowly getting implemented on most of the places like Television Media and Newspaper so, how can web left behind. There is an API developed by WebRupee for writing Indian Rupee symbol on webpages, blogs or anywhere on web.

We have already seen how to Use New Indian Currency symbol Font on MS Word and other Windows applications. Now, we will learn to write and display new Indian rupee Symbol [ Rs. ] on web using WebRupee API and use the Rupee Symbol on the web for free and seamlessly across all the browsers at different platform. 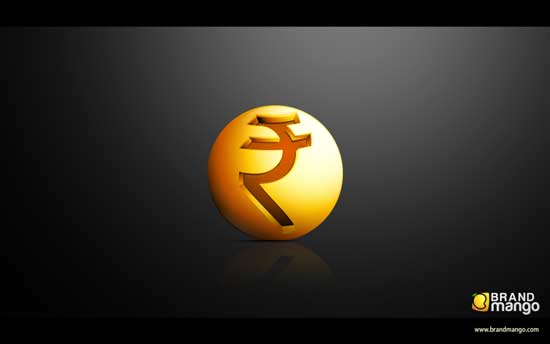 How to Write Indian Currency Symbol in WordPress, Blogger or any Webpage?

There are two method to write Indian Rupee Symbol on web page: adding a Stylesheet or including Javascript which will update all old Indian Rupee representations to new Indian Currency symbol.

And wherever you are addressing Rupee write in the following manner:

Second method is using JavaScript which will update automatically all you Rs. to Rs. symbol.

WordPress users have to add any of the above code in header.php or footer.php of theme. While Blogger aka Blogspot users can include code just after <head> and before <body> tag in Blogger templates. It is better to use JavaScript method as it will update all your old representations automatically.

This API doesn’t convert your symbol into image but it is a symbol generated dynamically using font. If you try copy and paste any of the symbol on webpage and paste it on Notepad or anywhere on any application it will be shown as Rs. and not any blank character. To all Indian webmasters, you should start using this API and flaunt the new Indian Rupee symbol on your website and make aware the whole world about our currency symbol.

It was good to see your post but I would like to point out a mistake. The following line :
Rs. 500

The class is important because that sets the Rupee Symbol

Thanks for noticing, Changes have been made in the article accordingly.

Hey Can we use Js file of Webrupee without liscence in our website.

How should we write an amount in words of English in Indian currency?

I couldn’t get your question? Can you please make it easy to undersdtand

I included .js file into my website but Rs. not converted in rupee font! Please help me ! Is this script not work out of wordpress ?

I am getting following error message while putting the JAVA code in my blogger. Please help me out with this issue:

Your template could not be parsed as it is not well-formed. Please make sure all XML elements are closed properly.
XML error message: Open quote is expected for attribute “{1}” associated with an element type “type”.

I got the solution. Need to give a space before “”. The correct script is:

Hey Rohit. No effect of 2nd Method on my blog. Help me Thanks.