Many Android Tablets are pouring in this year even in Indian Markets and even Govt. of India has announced a 35$ Android tablet PC for students. Huawei Smakit S7 however is already announced earlier this year has entered Indian Market- 7 inch Display screen device running on Android 2.2 Froyo. 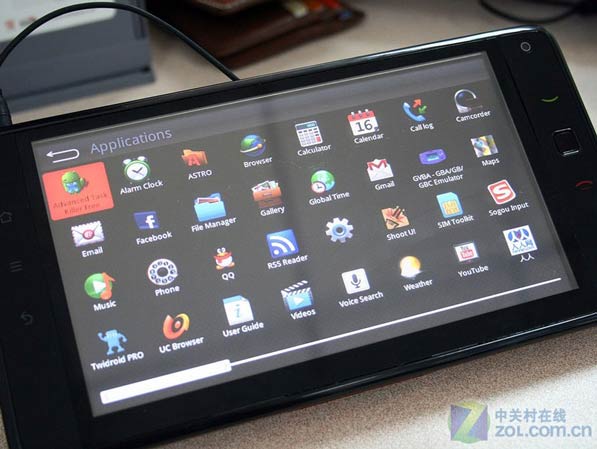 With Olivepad, Samsung Tab and Dell Streak in Market, Huawei decided to bring affordable range of Android Tablet PC in India. Huawei Smakit S7 has a Qualcomm SnapDragon ARM processor, and runs the 2.2 version of Google Android operating system. It boasts an 800 x 480 pixel resolution with WVGA touchscreen. Smakit S7 has resistive touchscreen which may be turn down for some users but you will love 720 pixel high definition (720p HD) video playback.

Huawei Smakit S7 supports 3G voice as well as data, 802.11b/g/n WiFi, Bluetooth 2.1, and HSPA/UMTS 3G connectivity. Also, it has  two USB 2.0 ports, and two microSDHC slots which can be used to increase the phone’s memory. 3.2 MP Camera captures decent quality of pictures. HDMI out feature allows you to connect and playback videos and display on Television and Laptops. Impressive thing is that anything displayed on Smakit S7 can simultaneously be displayed on screens of other devices such as TVs, PCs, and other handsets running on Android.

My Verdict: Huawei Smakit S7 has moderate reviews in Indian Market and it is a smart alternative to Pricy Dell Streak and Samsung Tab.

where can i buy this tablet ???

Where i can buy it?

You can find it at leading electronic dealer in your city.

Buy one from leading electronics dealer nearby..Bullshit. These product gets re branded even before they enter Indian Market. So don’t worry..buy It at double the price then what you see here under bigger brand name

You are 100% correct,but in one way only,the re branded product is

only 9600 INR.And having very good value for pay.Guess what I am speaking about.

Now it is freely available.

I have checked in all leading electronic dealers such eZone in Chennai;
I am wondering if any specific dealer’s name (in chennai) can be provided.

is huawei ascend available in india ? what is the cost ? please let me know….

I have bought a product Named Magnum the weblink is http:magnum.lacs.co.in, I have used it and I have found it very useful.

will you please inform me from where i can get a S7?

dear rohit,
I keep on the lookout for such gadgets. and this one is definitely not available with any leading electronics dealer, not even in my city or in any other city. Please specify if you have any info, or just admit that the review is a liftoff.

Sir where can i buy this Tablet pc.Please give me the detials of the retials shops in Hyderabad in andhra pradesh.Give me reply as soon as possible.

hay
where i can buy this??i want to buy huwai ideos or tablet.
please give me detailed address in jaipur(RAJ.) or delhi-NCR…

is huawei ascend available in india ? what is the cost ? please let me know….

we deal in such product and can get you for you all in reasonable prices to your door, pay after you get its from a indian company in madhya pradesh. call 9300504901 now

u can find it

Can anyone know of Windows 7 Pad with low cost?

Hello! Could you write the exact name of the firmware for India as interested in version android 2.2? Thanks in advance!

I tried searching S7 at most of the electronic stores in Delhi…but could not locate it anywhere…any one has any info regarding availability of S7 in NCR ?

Hello,
Where can i buy this S7 in chennai. If anyboady know the retail shop address ply give me. i am very much interested to buy this/

How to connect android 2.2 Tablet with internet