Everything To Know About Increasing Android Battery Backup and Calibration

Android devices and Battery issues are the topics which go side by side and so does the articles on How to improve Android battery Backup on web. This articles is an attempt to demystify the myths about Battery Calibration Applications and learn better management of Lithium batteries of Android phones.

Despite the increase in the capacity indicated by the manufacturers, Android devices still have a bad reputation when it comes to battery life.

This article is based on personal experiments and tests carried over several months on Android devices. Try to follow the tips given to increase Android battery life in this article.

Battery Life has Degraded after Few months of Purchase

Lithium Battery is composed of series of cells and each cell has its precise voltage. Sum of voltage of all cells forms the total battery voltage. It simply means if one of the cell gets charged or discharged before the other, the value of final voltage will be lower than the ideal value. 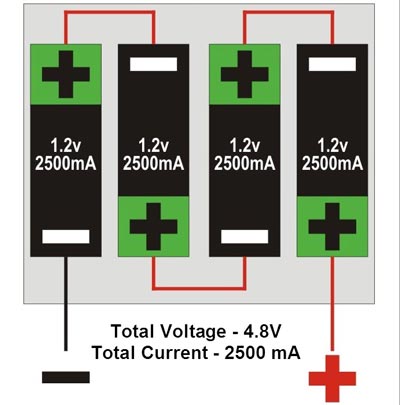 Since, mobile phones have a voltage range in which they can operate, phone will turn of regardless of the actual cell voltage.

This phenomenon is common to all devices that use lithium batteries, but more evident on the Android device.

When the battery is recharged repeatedly if they were just partially discharged, Battery seems to “remember” the smaller capacity than actual. This is called as Lazy Battery Effect.

There is a difference between the battery reaching minimum voltage and the one identified by device. And this difference tends to grow with the passage of time.

In this case, recalibration of battery becomes necessary. Android battery calibration will restore the correct values of charge stored in device, making them more accurate about the battery levels.

Calibration of Battery is highly recommended every 30-40 cycles of charge / discharge, approximately every month.

Should I use Battery Calibration Applications?

No, they are completely useless.

The so called programs for calibration simply delete (once they gain root permissions) batterystats.bin file (found in data/system/ ) which (according to them) is key to increasing the battery life.

Wrong! That file is limited to monitoring the operations that are performed by applications and by the system when the phone is not charging. 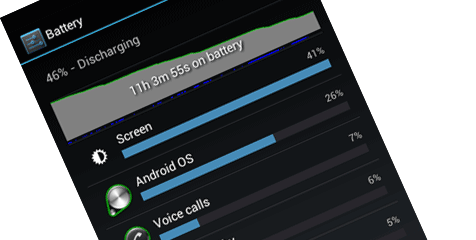 In a nutshell, it stores data which is shown if you open the Battery Use Menu.

How to Calibrate Battery of Android Phone?

At the end, we will have completely calibrated battery for Android Smartphone.

The calibration cycles are useful for aligning the voltages of individual battery cells, while the makeup of the outlet on startup will update the configuration files to adapt to the new charge level.

If we reach a full charge and once we detach the charger before turning on your smartphone, the update of configuration files may not occur and the device would use the old values of charge.

The update of files should be done when the battery is fully charged: this scenario is only achievable with the device still attached to the charging point.

[alert-success] This was about Android, You can refer Laptop Battery Improvement tips to maximize backup time. [/alert-success]

Applications and Widgets for Battery Management on Android

The only real way to save battery life (without the backing of third party programs) is to switch off connections when not used at all (Wi-Fi, Bluetooth, automatic synchronization, GPS, 3G). Use the 2G network instead of UMTS / HSDPA (especially if your area has fluctuating reception of 3G). And set a low timeout value of screen (under a minute).

To do so, we can use Power Control widget which comes integrated in latest Android versions.

With this application we can control any type of connection but also the brightness, self-synchronization and the ringer volume, with the ability to add new items according to our needs.

If you often forget to turn off then you can automate this thing by installing Juice Defender. It is a handy program that “turns off” connection automatically when screen is OFF and there is no Data Traffic.

The program will activate the automatic disconnection of mobile data connections (2G/3G) by setting a range of synchronization every 15 minutes (useful if you have applications with features like Facebook and Gmail notification), lowering the brightness and turning off the synchronization when the charge battery begins to run low (around 15%).

Lastly, Beware of Task Killers and Calibrators or “Save Battery” apps marketed on Play store. Majority of these apps are really not useful and often give opposite results. Though, you can use Android Assistant for 1 click Android system tweaking and improve overall Android performance.

This is often a case when you flash new ROMs. Calibration can help you get the actual juice and real battery backup. Do try it out 🙂

To the point and helpful…