How to install latest uTorrent 2.2 on Ubuntu 10.10 Maverick Meerkat?

1. Install WINE which makes possible to run Windows application on Linux (Ubuntu).
Go to System > Administration > Synaptic Package manager. Search for Wine and mark it for installation and hit Apply.
Installation will be completed in few minutes. 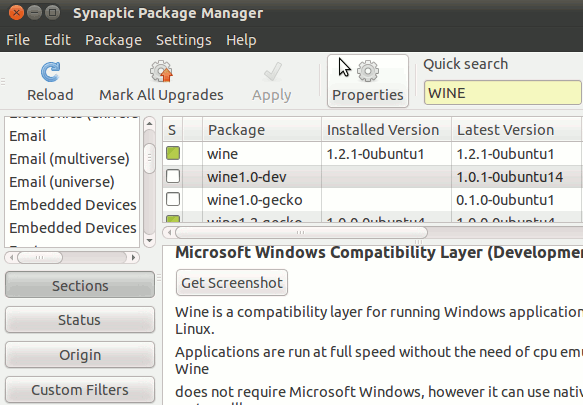 2. Download uTorrent latest version from uTorrent Downloads. Now, right click on the downloaded file utorrent.exe and go to it’s properties.Check the box in front of “Allow executing File as Program” . You are marking that utorrent.exe as Executable script. 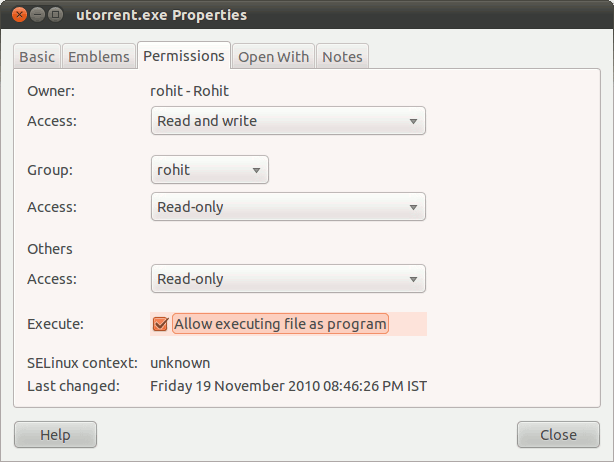 3. Done! Open the file with WINE by right clicking on file and select- Open with Wine Windows Program Loader. The uTorrent client interface is in front of you.

How to install uTorrent Server on Ubuntu 10.10 Maverick

On popular demand, uTorrent have released a native uTorrent Server which is web based control. It is not a stand alone client but on Web UI and on forums it was written that it is not recommended for beginners but I say- Try it.

2. Extract that TAR.GZ file to a folder. Double click on the file named utserver

3. On web browser (Say Firefox) Type the following in address bar: http://localhost:8080/gui/ It will ask for username and password which can be anything (user – admin and leave Password blank) to see the uTorrent Server Web UI.

By default the content gets downloaded to the directory where you have extracted uTorrent Server. To change the default download directory, Go to Preferences > Directory and change the Move completed downloads to location. 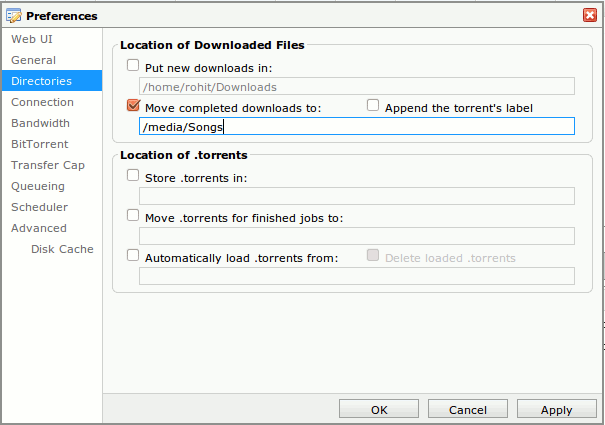 Thanks man, Very helpful. Maybe how to start in a daemon mode?

Wow Thanks a lot

thnks bro it was very helpful………

Thanks man, finally someone helpful enough to explain it step by step

I have successfully installed it in fedora 12 and can add a torrent and start it. I would like to know is there ant way to get a plugin “Create torrent” as in rutorrent and how can I adding the features like file unpacker, http downloader, https, ftps etc..

There is now an official 32 bit package for ubuntu on the utoorent website.

I have made a package from build 25053 for Debian like systems.

Thanks. This was really helpful.

Where do we learn how to install the WebUI???

its nit working the error is (The µTorrent WebUI does not seem to be installed. Click here to try to install it, or see the guide for more details.)