I won’t say whether Apple iPhone 5 is great / worth buying or not? It is what it is and there are already several articles on Internet telling how iPhone 5 is a fail. Considering Indian Mobile phone market as in my concern, Apple has disappointed as well as brought new troubles with iPhone 5 launch. 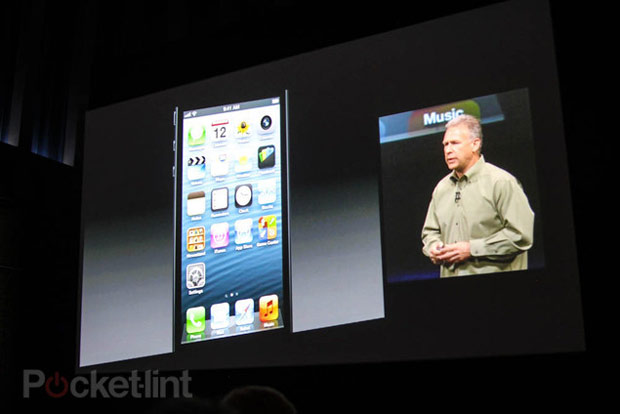 India isn’t in the list of countries where Apple will start shipping iPhone 5 on 21st September. That is fine but Apple should have declared some time frame when device will be in Indian market officially as we are also one of the fastest growing economy. We don’t deserve to see iPhone 5 when iPhone 6 leaks start coming up.

I just hope Apple should consider releasing iPhone 5 in India at the end of October 2012 near to Diwali because this is the time we plan to buy new stuffs.

This is another big question because the price of iPhone 5 cannot be speculated easily considering its price in other countries. Still if we consider iPhone 5 Unlocked price in Singapore (43,600 INR), it has to be around 45,000 Rupees in India.

iPhone 5 price doesn’t just decide price of iPhone 5 but also of iPhone 4S (predecessor) in Indian market. People who think iPhone 5 isn’t any revolutionary and want to settle for iPhone 4S have to unnecessarily wait for official price listing.

No 4G LTE for iPhone 5 in India

4G Network is already in many Circles in India thanks to Bharti Airtel. But iPhone 5 doesn’t support Indian 4G / LTE Mobile Network. So, again a person shelling out 45,000 Rupees will be confused between Android phones (cheaper) which already supports 4G  and the new iPhone 5.

After the introduction of Micro SIM with iPhone 4S its all over a new concept. Nano SIM is way smaller than the regular SIM card and even smaller than micro SIM card. Good thing is it will take up less space in mobile device but this one has its own problems.

Micro-SIM cards can be made by simply cutting the normal SIM cards. On the contrary Nano-SIM cards cannot be made by this way as a Nano-SIM is also 15% thinner than Micro-SIM. So, even if normal/Micro-SIM can be cut to the Nano-SIM size, there is no appropriate way to reduce the thickness. Read more about Nano SIM Cards.

So, its just not the users who will have problems with applying a new SIM but even the service providers have to launch the new system in India.

Sometimes later I will write whether iPhone 5 is worth buying in India or not. Apple may not care about what blogs and media say about them. But still, considering the hype of iPhone 5 in Indian market, this is clearly troublesome and disappointing, what do you think?

Totally true, even 3G didn’t get the acceptance it deserves in the Indian market so even if carriers bring 4G/LTE I seriously doubt its success.
And a Indian consumer how mostly wants flexibility of handsets will hesitate to opt for a handset specific “Nano SIM”.
But I guess mostly the kind of people how buy an iPhone couldn’t careless about such insignificant stuff and will fall for the looks and appeal for the phone.

Exactly, “Changing of SIM” will become impossible for iPhone 5 user or I would say this device is similar to CDMA phones which do not accept any SIM cards.

If the Apple pretentious company thinks India is NOT worth for an iphone 5, why does our people think of giving a lift for their products.
Huge costs which is not worth for a normal usage. Like 4G /LTE,
Use our Bharti Airtel and Reliance which has its 4G Tag.
Why for phoren when they don’t want it to give us.

Why fret and fume for their products. Which is costly and not worthy of the money we spent for.
Stop phoren phenomenon. I personally feel that way, Even if its given to me FREE I would like to indulge in my Micro Max wonder……………………..

Buy samsumg phone. when Apple consider India as secondary market why we should buy from them. Sumsung Galaxy S III seems to be better than Iphone 5

yes, dude u r right. they have just big name not the seen the oportunity of new market of INDIA. They sale their old ideas in new packet with stylish cover. every time create boom before launching and after launch of product world pointing out the failures of product. if they consider the INDIA is market for them then they should be launch their product first in INDIA with world wide. we have passion of trying new things n they want just fashion. so su them n try our INDIAN brands which are bussy n hardwoking to convince us to new n improved techonology. just go with desi companies who understands values of our DREAMS.