In case you find yourself ambivalent while choosing to buy a tablet PC or a smart phone and you just can’t seem to decide between the two most common platforms- presenting you choices like those between an iPhone or an Android phone, an iPad or a Nexus 7, the account that follows should be able to help you out.

If you already have narrowed down your decision to this level, you have already earned a sigh of relief. The computing devices of this range are like miracles considering their capabilities, like if there was some magical/scientific way to put them, say a decade back in the chronological progression people did not dream for portable devices to have such capacities. Both the platforms offer application stores that cover a wider range of needs and wants than you could ask for. 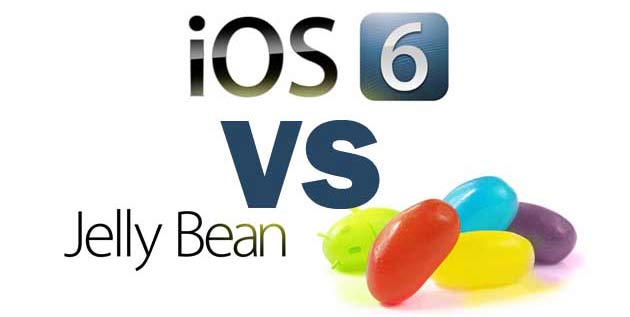 As in every good story, there’s a down side to this one too, whatever decision you make regardless of the choice you end up in a conundrum. The dilemma follows from the fact that eventually it doesn’t really matter which device you buy and how much in love you are with it, you might even be thinking that you got more than your money’s worth but there’s always going to be a villain, more like a group of them, Lex Luthors to your Clark Kent, Satans to your Adam and cats to your mouse.

These rather dark characters will be the lot that will find you wrong, in and of itself, for your very choice of owning that particular device. Need an example? Look at Samsung’s recent attack advertisement, or the way you constantly see these tech giants vying over what generally seem petty issues. You will find some loyalists under each banner whose loyalty is merely stemming out of their hatred for the other party.

Nonetheless, in order to give you an overview of the comparison between the two we can settle the debate our good old fashioned man to man way. Well, the iOS certainly has a much plumped out and fattened library of games available than Android. It is so because most developers prefer to develop for iOS initially and only later, if ever, for Android.

The two major reasons for this are; first hardware fragmentation that gives more room to the user but makes things harder developers and the second that iOS users have been historically found out to be more willing and likely to pay for apps. Contending arguments for the future aside, Android does lag behind iOS in this regard for now.

The app stores that each of the platforms offer are both cluttered up with a myriad of apps, while Apple might potentially beat Google by a million apps in number, many apps on both the stores are, well, trash.  Still, even the fewer that are useful and fun maintain the balance. Android has historically given more room to apps for interacting with the phone, while Apple has held a rather strict criterion, so Google Play takes the precedence here.

Both the titans have their own ‘distinct’ Maps apps now, following their corporate warfare, which has left Apple in a dark and lonely place. It is said that the company is just getting started with Maps and it is meant to evolve with popular usage, but there aren’t much incentives for users to use the satellite view Maps while they can get direction from the street view Maps by Google along with local transit information and much more.

These are a few among the plethora of features that can be put side by side and the ultimate choice is yours as per your requirement or inclination. One of the factor emphasizing would your geographical region. For example- India won’t get all features of iOS 6 as advertised.

What is important in both the cases is that whichever device you choose at the end of the day, make sure you watch your online habits and download stuff from trusted sources because with all their updates they claim to be impenetrable but in my experience the parasites like Android spy apps and iPhone spyware always have a way of making it in.

Author Bio: James Clark has been in the business of providing quality information on spy software for cell phones for a while now. He’s an expert at all things spyware, but his main forte is iPhone spyware which has captured the interest of many.