With the new operating system Windows 8 full version lined up for official release in few weeks, I would like to list out little known tips and tricks on Windows 7. If you’re a computer guy, some of the tweaks may be already known to you. For a general user, this is a must know list that helps you to compute your task much quicker using Windows 7.

Before we jump into the list of little known Windows 7 Tweaks, I would like to mention that if you’re going to try any of these tweaks, it’s better to back up your important files and registries. 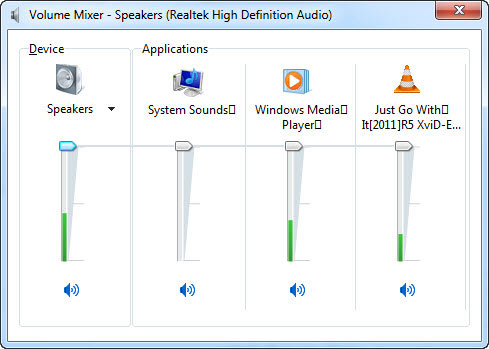 Windows 7 has lot of hidden features like individual volume controller. You can control volume of individual applications. If you’re playing music in Media player, you can reduce the volume of Skype/Yahoo applications.

Sometimes, if you play loud music – the ping sound from apps like Skype, Google talk may annoy you. So application based volume controller helps you to control volume of individual applications. If you talk about media players, there is a volume control button built-in with it.

For other applications that produce sound, this feature will help you to control them. To access this setting, simply right click the Volume icon from the taskbar and open volume mixer.

Bored of seeing the same blue color logon screen on your Windows 7? You can easily change the background image on the logon screen.

By default, in C:\Windows\system32\oobe\ folder – you can find an image file in the name ‘Background’. You have to replace your own wallpaper in that folder. Choose your wallpaper, rename it to background.jpg and replace it in the folder.

Make sure the background image which you select is less than 300KB in size. You can reduce the size of wallpaper using any of the image freeware tools. Now after replacing your image, go to Start, in the search area type ‘regedit’ (without quotes) and press enter.

Navigate to: HKEY_LOCAL_MACHINE\Software\Microsoft\Windows\CurrentVersion\Authentication\ LogonUI\Background. Double click the OEMBackground DWORD Key. Change the value from 0 to 1.

Now restart the PC/laptop. You can find your new log0n screen.

There are apps which can automatically change background images of logon screen or brand name. 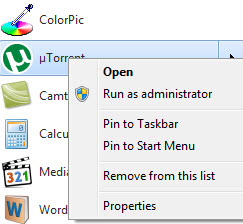 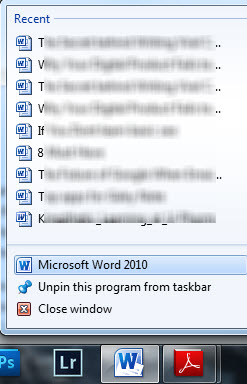 Another useful tip on Pinned applications is that you can find all the recent files opened using the specific application just by sliding the application icon. For people who use office apps like Excel, Word, PowerPoint, and this feature will be very much helpful. You can quick launch the files previously opened.

Do you know you can even change the icon of apps pinned in Taskbar?

If you have pinned applications in your taskbar – say for example if you had pinned Chrome, Firefox, Internet explorer and you want to open multiple instances of Chrome new window – you can do it in many methods. You can hit Ctrl+N for a new window or just slide the chrome icon from taskbar to open new chrome window. 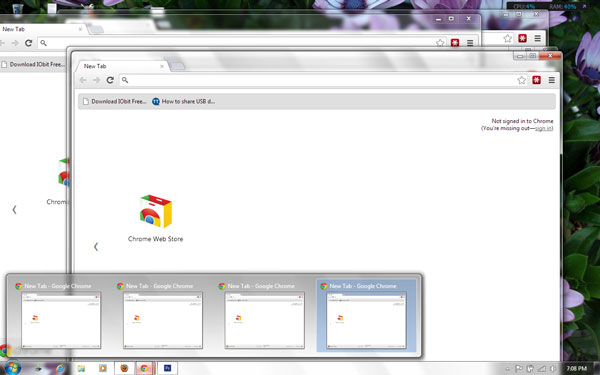 You can also open the applications which are pinned to taskbar with shortcut keys. For example: You had pinned apps in this order – Internet explorer, Windows explorer, Media player, Chrome, Firefox, Microsoft word. Now if you press Win key+1 (it opens Internet explorer) and if you press Win key + 2 it opens Windows explorer. Similarly the 3 will open media player, 4 will open chrome, 5 for Firefox, 6 for MS word etc. But unfortunately, you can open only nine applications (1 to 9) with this shortcut method. 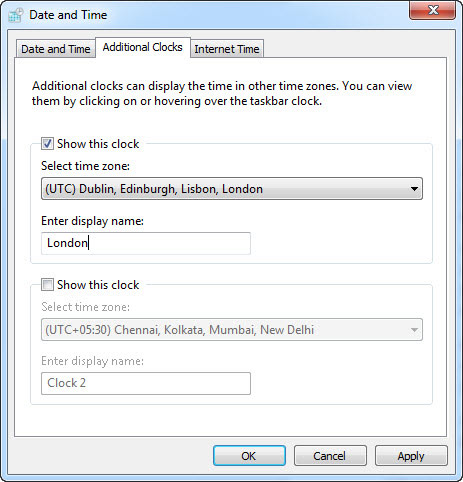 For freelancers, bloggers who work with different people from different countries need to plan/schedule their work according to their time zones. USA, UK London or whatever the country may be. It is always useful to have two to three world clock times displayed in your Windows 7 desktop. You can easily show multiple time zones, world clock in Windows 7.

Open the date & time settings > additional clocks – select the time zone and name of the clock. Finally hit apply. You can see two or three clocks and the time when you hover your mouse to the date& time area in the taskbar. 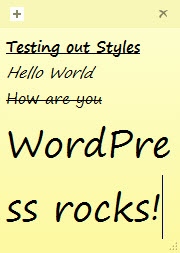 Windows 7 has in-built to-do list called Sticky notes. You can style the sticky notes similar to what you do in your rich text editor. You can style your sticky notes bold, italic, underline, strike, font increase/decrease, bullet list, numbered list, alphabetical list etc. Similar to how you do in your rich text editor – Ctrl+B gives you bold, Ctrl+I for italics, Ctrl+U for Underline, Ctrl+T for strike through, Ctrl+Shift+> for font size increase and < for decrease, Ctrl+Shift+L for bullet list, Press the L twice for numbered list and alphabetical list etc.

Windows 7 has got an in-built problem steps recorder. Yes, if you want to troubleshoot issues or to find out what exactly happened, you can record the steps with exactly mouse clicks, UI changes, etc. The problem steps recorder is a small app you can open by typing PSR in the search. Or you can start > run > psr.exe in the run command.

Problem steps recorder app opens up and you can start recording. It is similar to the screen capture software, but has advanced functions like recording the key strokes, mouse clicks; gather technical details behind the interface etc. Finally it saves the output file zip format with a MHTML report page. If you open up the report page, you can find details of the errors.

Schools, colleges and institutions don’t allow using USB drives on computers. Because, students may infect computers with viruses using their USB drives. If you want to disable USB ports in computers running Windows 7, here is a quick method. 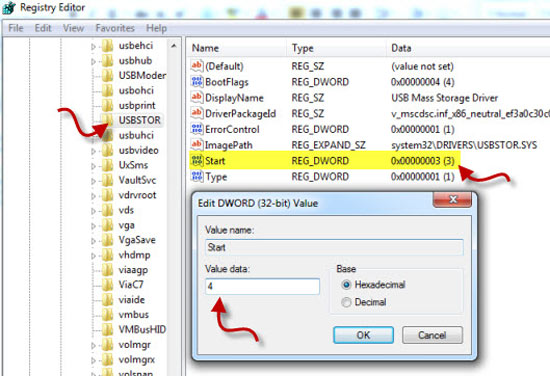 Go to HKEY_LOCAL_MACHINE\SYSTEM\CurrentControlSet\Services\UsbStor and double click the Start name in the right panel. Change the value from 3 to 4. Restart your computer. If you again want to re-enable the USB port, navigate the same way you did and change the value to 3 again. 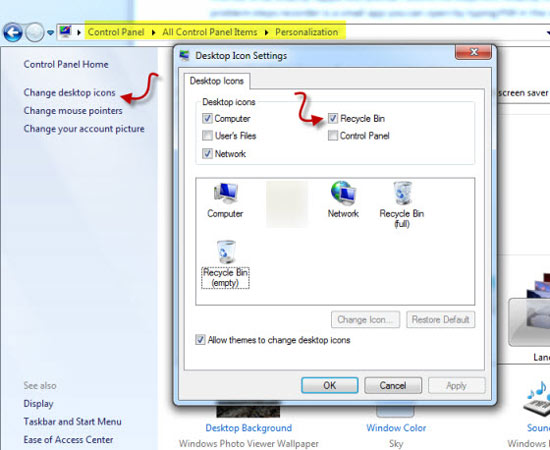 The last one, many prefer to keep their desktop clean from icons, files and folders. With just a delete button, almost every file, folder and icon can be removed. The question is how to remove the recycle bin from desktop in Windows 7?

thanks, going to use Clock tip in office.

Changing Screen Logon And Sticky Notes Are New To Me 🙂