Google has enabled Traffic and Navigation in selected Indian cities, of course the major ones with high traffic. Namely Bengaluru, Mumbai, New Delhi, Chennai, Pune and Hyderabad including their surrounding suburbs.

How to Enable Live Traffic in Google Maps India

We finally get Live Traffic Data and Voice guided Turn by Turn Navigation in Google Maps in India. You don’t have to install separate apps to use these features.

For Android users, you may have to update the Google Maps app from Play store while for web version and iOS devices, Live Traffic is enabled for selected cities. 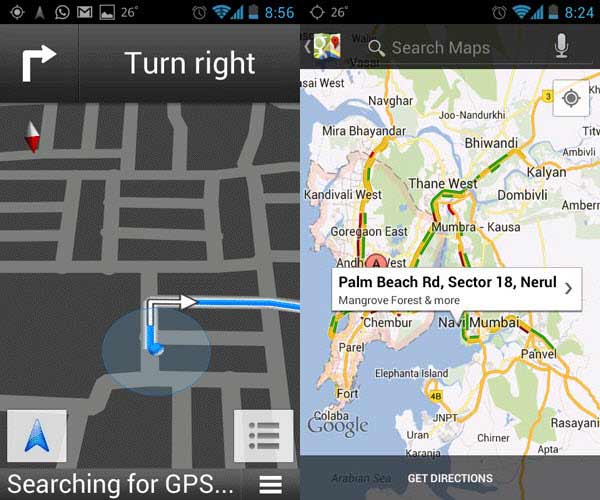 What is Turn by Turn Navigation

Direction Navigation was already available for India and now the addition is voice guided turn by turn navigation. It means Phone will speak with you while routing. If you are on two wheeler, simply plug in headsets and no need to look at screens for direction.

What is Live Traffic Data

It is something completely new for India. On map, you will now be able to see traffic on certain route represented by colors- red for significant congestion, yellow for minor slow-downs, and green for free-flowing traffic.

This is helpful to choose and decide between routes to be selected while traveling from point A to B. Traffic data is Live and updated every few minutes.

How is Live Traffic Data collected in Google Maps India

It is collected from Government department of transportation, private data providers, and users of Google Maps for mobile who contribute anonymous speed information.

When will Live Traffic be available in other cities of India

Google has started with major cities and they are planning to launch in Kolkata soon. And after that, according to availability of data providers and need, it will be enabled for other cities. (As said by Darren Baker of Google to NDTV)

Does it Work Offline

There are many places in India where data connectivity may be poor to nothing but unfortunately these features need device to be online. Though service will return and correct if you are wrong when data connectivity was unavailable. Learn to use Google Maps offline on Android or you may even download Google Maps on Computer for Offline viewing.