Downloading, Collecting and Watching TV Series on Computer is a trend these days. It becomes mess when this collection goes on growing seasons after seasons and Episode files goes on accumulating. Here I share a TV Series organizing software to arrange them properly and keep track of them.

MySeries is a smart TV Series organizer for Windows. It catalogs TV shows, Filter episodes, Keep track when next episode gets AIRed and notifies you about it.

MySeries is Java based portable application. On opening for the first time, you will have to specify Database name and then Main Window appears. Here you can start adding existing Series browsing the file on your Local Directory. 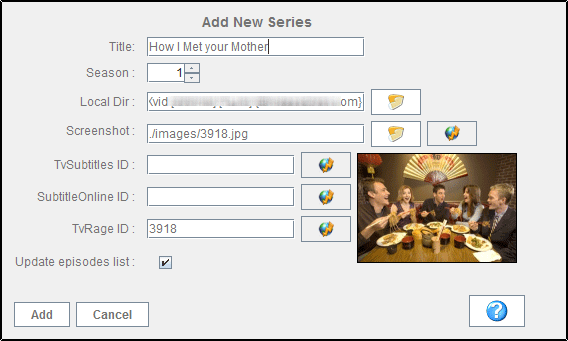 In case, you are building new database without having those Series actually on Computer and start building your collection. You can Name the Series and download them via Torrents. Complete list of Episodes with all related information and Meta tags is fetched from Internet (TvRage and EpGuides). This information includes Name of Episodes, Date on which it was AIRed, Cover Photo, ratings, etc. 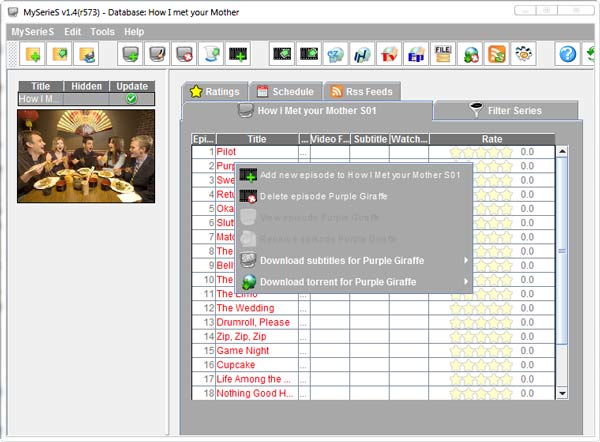 What more, you can download Subtitles for any newly downloaded or existing episode with integrated feature. And lets you Rename the video and subtitles files according to the titles in the application’s database.

When you are done with organizing TV series and watching all downloaded episodes, Program notifies you when update comes. It keep track when new season is aired and then you can download the torrent right from the MySeries application.

TV Series database so made can be exported in to EEF file format which can be later used for sharing.

i got a ton of tv shows on harddrives all over the place so this migh come in handy, thanks