Megaupload Shutdown: What about Files Recovery and Payment Refund?

Megaupload, most famous file hosting on web , has closed its doors, and alongwith it, all other Mega services, including the popular Megavideo is shut down. Owing to this closure, Internet experienced disappearance of 25 petabytes of files, many of them legitimate.

End of Limewire , and Napster-like earthquakes have happened before on Internet. What happened leaves many questions. The most worrying is the paid subscriptions and hosted files. What happened to the uploaded files? And with Premium accounts? Who will return money of users? Is it Megaupload, or who else is responsible for them?

And then the great urgency is to find new services of storage, new ways of sharing legal files. There are many and it is unlikely that all will close after tomorrow. But many alternatives there are, who can guarantee that your data is safe. This question leads us also to give advice to share your legal files more safely.

What Happened to Megaupload, Megavideo and other Mega services?

As reported by the media around the world, FBI arrested the founder of Megaupload along with other employees on piracy charges. More than thousand servers they used, divided between the United States, Holland and France, were made inaccessible. 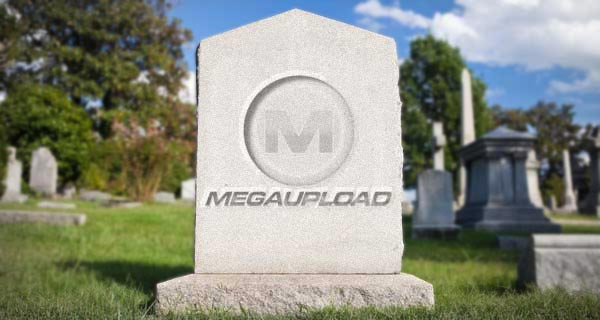 Those responsible for Megaupload, Kim Dotcom, have been accused of criminal association, money laundering and violation of copyright. The seven arrested face a minimum sentence of 50 years in prison, but the judgement is remaining and depends how and when it still carried out the trials.

Will it be possible to recover the files?

A question many people are doing now is whether we can recover the files on Megaupload. The most likely answer is no. The 18 Mega network domains have been seized, and servers are isolated from any contact with the network.

In view of what happened, it is unlikely that files can be recovered. The only possibility of this happening is that the infrastructure of Megaupload is properly cleaned of illegal files and passed onto other hands. Most likely, however, data will remain seized.

The lawyers advise to collect information which is stored in the accounts and bank statements showing that payments were made ??to Megaupload. It appears likely that we will see an association affected by the closure of Megaupload and undertaking collective legal action to reclaim the lost money.

If the use is limited to personal backup and sharing with family and close friends, consider reading Which Cloud Storage should I use though Dropbox or Sugar Sync could suffice the need. You may also find Rapidshare or Mediafire useful incase of looking for service working on similar concept. There are some 9 Free File Hosting services which can be used to send large files without registration over web.

I always use Dropbox for Personal Backup.It is really cool.

It`s all very well saving backups online but look what`s happened to MegaUpLoad, I personally have 3 external hard drives with a total storage capacity of 5TB i leave nothing on computer I save everything to external hard drive which is the only safe way of protecting your important files. I have learnt from the experience going back a few years ago when i lost every file in a major computer crash.So back up to external drive save all the trouble.

Where can the users complain for a refund for a premium account?

man that was sad. Mega upload was one of the best file sharing and video streaming service out there for decades!
What ending!

i have few movies and few software on megaupload….pchh
very sad about dotcom

the question is, how can they separate the legal and non-legal files over a huge database?