Samsung Nexus Galaxy, along with being a first device running Ice-Cream Sandwich also brings changes in the management of memory and USB connectivity. This formed base for many doubts so, we try to clear them with all the information gathered in this regard.

Android 4.0 Ice-Cream Sandwich altogether brings new kind of Memory management different from its predecessors which was Partition based. 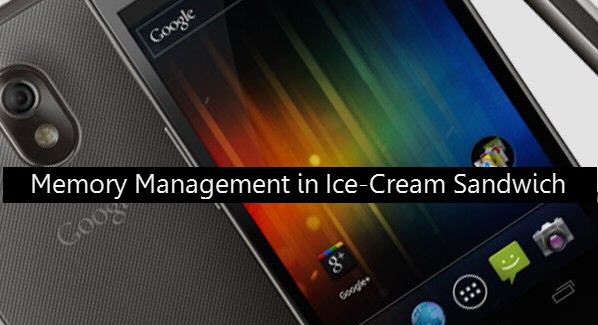 The internal memory of Ice Cream Sandwich is not divided between application memory and storage memory, it is now a memory only, with one partition, which behaves dynamically. In theory, and up leaving an extremist view, this means that we have 16 GB of installed applications and files anything, which was impossible in previous versions of Android.

With the unified storage model introduced in Honeycomb, you get full 32GB (or 16GB or whatever) between app data and media data. That is, no more staring sadly at your 5GB free on Nexus S when your internal app data partition has filled up — it’s all one big happy volume.

This differentiates ICS from others and removes the absurd limitation of current Android smartphones to install applications. However, this improvement comes with its drawbacks, namely that the absence of internal divisions, the memory space is seen as a whole System and does not allow it to be mounted as a storage unit while it is connected via USB.

It simply means, if we connect a device running ICS to computer, it won’t be recognized as Mass storage device so, Google’s solution to it is “Media Transfer Protocol ” (MTP).

The use of MTP instead of the usual MSC (Mass Storage Class) implies certain advantages for users who regularly use Windows, particularly Windows Media Player. By contrast, introduces less accessibility for the smartphone be used as an external memory.

For instance, an MP3 player using MSC, can be seen as external memory, and therefore behaves as such in the computer, being much more versatile than a player that uses the protocol MTP and it looks like a “device hierarchy” for managing computer resources.

The use of MTP , however, is not a problem under Windows , as it allows the terminal to use as a storage device in the operating system born in Redmond, since it includes support for MTP native file browser. Linux and Mac OS X, meanwhile, do not include such support, so you need an intermediary protocol that Google has already developed.

To conclude the explanation, it only affects devices without external memory card. Since, Ice Cream Sandwich if natively supports the USB Mass Storage Class protocol , which may be used in external storage devices.

According to Google, the option of using a single memory for all files and applications and not add external storage, facilitate the user’s perception of the available memory space, without choices as where to install a particular application.

We’ll see how the other manufacturers will take this memory management; Will they implement the same solution as Google with a reasonable memory capacity, or conversely could add an external memory storage management change.