Panda Cloud Antivirus has redefined the working of Antivirus Programs being based on cloud technology, it is different from others. It is cloud-based antivirus client that uses collective intelligence to analyze executable files, protecting you from malware, viruses, Trojans and other threats.

Cloud based means that threats are analyzed on collective opinion of other systems connected to cloud. The program is designed to have 50 percent less impact on system performance compared to the industry average.

This is because, your computer doesn’t get overloaded with updates / virus definitions but tracking is done in cloud. You don’t have to rely on Security labs for antvirus updates but the global internet community users. 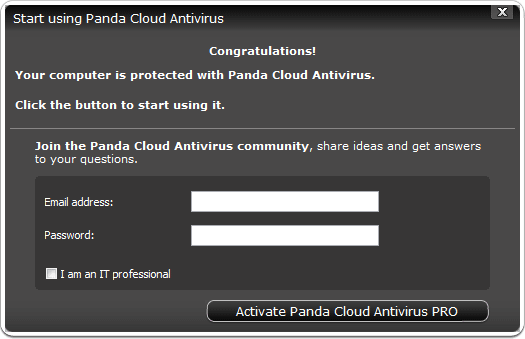 If you are using this promotional installer then, Activation Window appears from where you can choose “Activate Panda Cloud Antivirus PRO“. 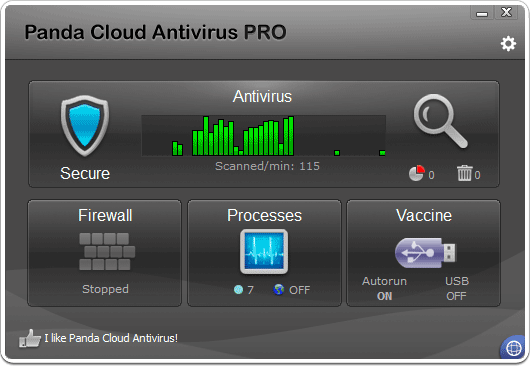 It is dark black and looks like it should be to resemble some security research lab and divided in 5 sections. Default Status section shows the status of various components and notifies for any problem to be resolved. . Other Sections of Main Window lets you access Scanning options, Reports and Services. 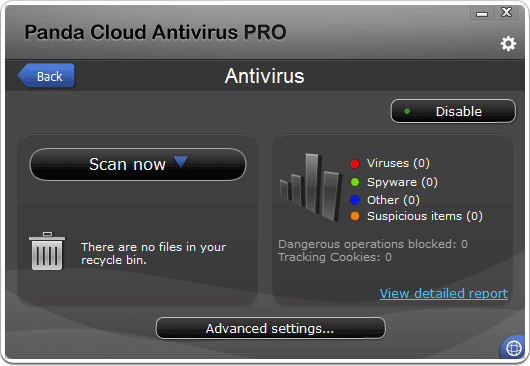 This isn’t pre-activated but can be activated on demand. 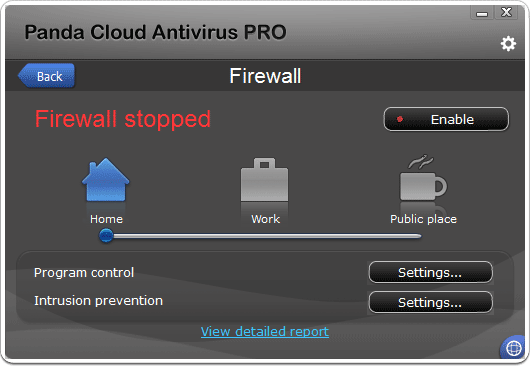 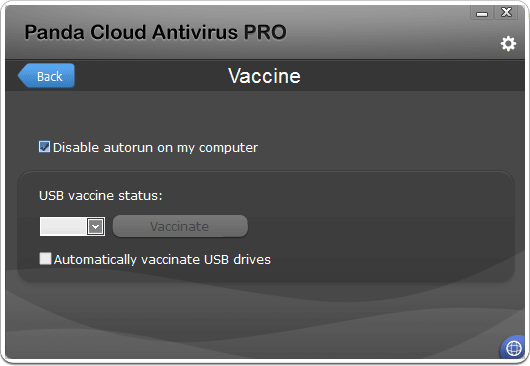 This is a bonus feature which you have to install. It can totally disable autorun for all devices and drives on your computer.

It is quite fast, beautiful, clear, simple, quickly scans your entire computer, detects and disinfects great threat immediately, has a great and simple automatic firewall, do not slow down the Internet.

Scanning uses a core function like many other anti-viruses and the system scan runs a little longer, but generally do not feel the same computer slow down in any way, or the Internet. I recommend.

It is pre-activated and you don’t have to insert any Panda Antivirus PRO Serial Key to get 6 months free. 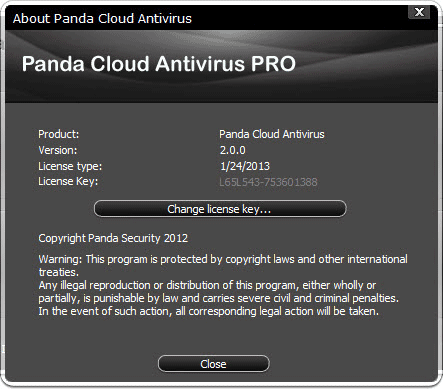 No Christo, By “not” providing an active internet connection, you are killing the sole purpose of “Cloud” Protection.
Also, For activation, installer needs to connect to Panda servers for 6 months license details. So, it is of no use even if we get offline installer.

Dear Rohit, can i use it along with kaspersky internet security 2012?

Yes, I am using it alongside Avast and it installed without any hindrance.
And the working of Cloud antivirus software is totally different from traditional ones so, it won’t create any conflict.

thanks for license key