Like me, many of you must have grown up playing this video game called Contra. So, I just happened to find this game on Play store and surprisingly, found ways to relive those memories of Classic game and play Contra on Android.

It is a free version of Contra game for Android. Only thing is you must be connected to internet while playing. No, game doesn’t stream online but it is necessary only to load advertisements overlaying on Game. 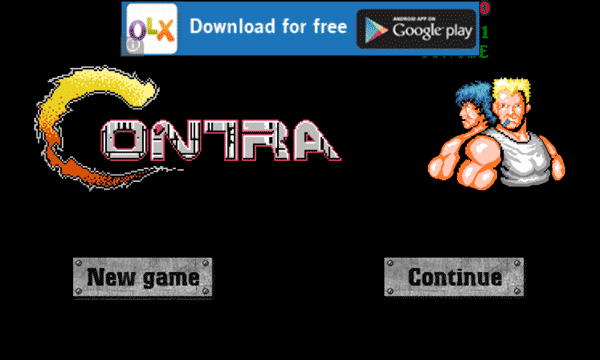 Game starts with Level 1 and the music will instantly remind you about your childhood.

It doesn’t have Settings for Stage selection, Music, Role selection or Player initials. Just Start a new game or continue the unfinished one. You get controls like in Joystick for directions in which gun is to be fired. And a button right for jump. That’s it. 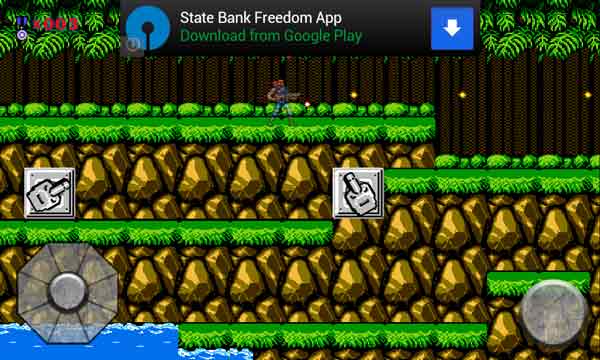 Still, it has everything you wanted. Same Rambo, Same Kind of Guns, Environment and all the adventurous and dangerous tasks.

If I am not wrong, that video game was developed by Konami Digital Entertainment and this Android version too is their creation.

I am really not sure about the stage in which starts but it is 4th Level I guess where Rambo lands via rope from Helicopter. It runs in portrait orientation and has all controls using Joystick like buttons at bottom. 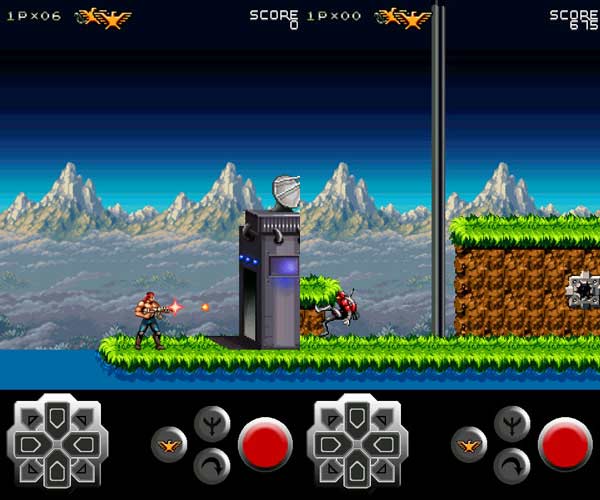 Though selection of stage is given but only Jungle is available. Maybe, others get unlocked when you cross this level. You can select from characters either Bill Razer or Solomon Caesar.

Controls are easy and overall game can keep you busy for hours. It is available in Play Store for 4.99$.