Two mouse clicks and the program you just installed does not open. Or another opens, but displays an error a few seconds and then closes or disappears suddenly. And you stare at the wallpaper, which is nice, yes, but not it’s any consolation.

The reasons why an application quits unexpectedly, sometimes taking others with them, are many, but can be grouped into a few categories. You know put it on the track of the error and its solution.

Many Software are programmed on a platform that they require some base dependency to start. These can be .NET Framework, Java Runtime Environment, Adobe AIR, Flash or Microsoft DirectX. It’s not about just 1 or 2 application but install all those mentioned as many application often requires their support in backend.

If there is an error of Missing DLL or Component then probably, the file is corrupt or installer didn’t had permission to write that file on installation directory. So, Re-installation is only solution in this case.

2. Incompatible with Operating System or Processor

Probably, you are trying to run a 64 Bit Program on you 32 Bit (x86) Windows Installation.

If you see an error message related to the Windows version, do not despair: you can still CONFIGURE on the Compatibility tab of the executable and Windows will pretend to be an older version to run that executable file.

This error is rarely seen these days with powerful processors and big storage space Computers but some application demands more power.

Fortunately Windows can itself such problems. As a last resort, if you receive a notice of insufficient memory, without 3D acceleration graphics card or insufficient space on the hard disk, try the following:

Clean up Disk Space and Use Game Booster like programs.

Some programs may conflict with others already in progress. The most common cause is access to a system resource already in use as a webcam or a reserved memory space. The virus, for example, rarely can coexist because they tend to “sit” in the same “seat” of memory.

The solutions to reinstate the old and the new program, update both (conflict resolution) or at least throw them separately (not together). To deal with conflicts when they occur, lay hold of the Task Manager or one of its alternatives.

5. A virus has infected the program

An event that can never be ruled out in case of unexpected crashes, blue screens , crashes and errors when opening programs is the viral infection. The rugged design of many viruses usually affect the system in unpredictable ways, and programs can not function normally.

You should probably get a good Antivirus program to sort out the infection. If you don’t like it, then refer guide to survive without Antivirus on Windows.

I know Viruses are aggressive so even Antivirus Programs have to be tightly configured to deal with. Sometimes, Antivirus detects a completely safe program as Threat and doesn’t allow it’s execution. 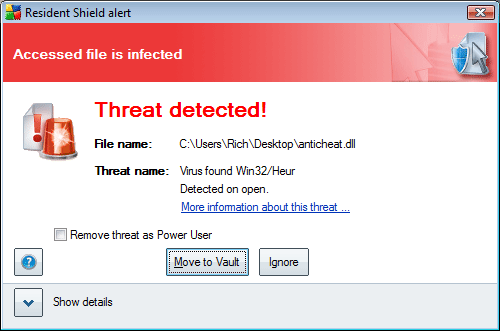 In such case, even you cannot take risk to run being unsure about the safety. Running the program in Sandbox will be a good idea to avoid taking risk. Antivirus program like Avast, Comodo and Panda have inbuilt support for this feature.

There are user permissions and then administrator permissions. The first allows you to do almost everything except install programs or run for the first time on some computers. Only with the latter, the Admin, you can do everything else.

If Windows will refuse access to a program or not you can install or do something with it, change the type of your user account to Administrator. If you are already Admin, and still facing error, Right click on Executable file and “Run as Administrator”.

8. The system is corrupt (files are damaged!)

When Windows has suffered irreparable damage, for example, after cleaning too aggressive or power cuts, programs that depend on it may stop working. In that case …

One of the peculiar problems associated with implementation is that has to do with the file association. The open with Paint BMP, TXT open with Notepad, what about the EXE? If a virus or other program touching the association of EXE or LNK (shortcut), you can no longer open programs! 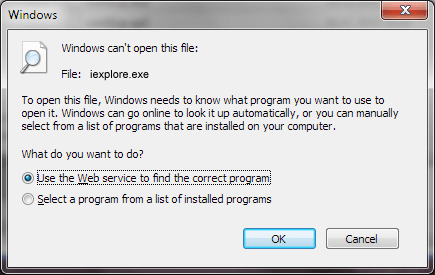 In such case, you need to fix File associations and if EXE association itself is damaged then run registry key mentioned on Seven Forums.

10. Another Instance of program is already running.

There are programs that can only be opened once, or if you have hung prevent re-open as normal. An example is Firefox, you can not open another browser window if the main is blocked and lost somewhere in memory.

o fix this, nothing better to open the Task Manager and close the process fault. Another thing you can do is take a look at the taskbar to see if the program run is still there.

Did you ever happened to any of these problems? How did you fix it?

It’s more of like my experience on Windows platform for all these years! I am glad that you liked it 🙂

wow, its absolutely fantastic how u explain this complex stuffs with such simplicity. any news on “windows dark” editions bro!

Used to hear about those things in Windows XP days. It’s some kind of modded Custom OS with dark visuals?

Good one Rohit, thanks