Sakshat: Low Cost Tablet Computer in India to arrive in June at Rs. 1100

Low Cost Tablet Computer for Indian Students, Sakshat was in news since last year and it will be soon a reality. Govt. of India proposed Ultra Low Cost seven inch Tablet devices are ready to ship 10,000 units to IIT Rajasthan this June end at a price of Rs. 1,100.

Additionally, 90,000 more units will be shipped later over the next four months as per reports. Actual price of Tablet is however Rs. 2,200 which is subsidized by 50% to bring it down to Rs. 1,100 per tablet per student. 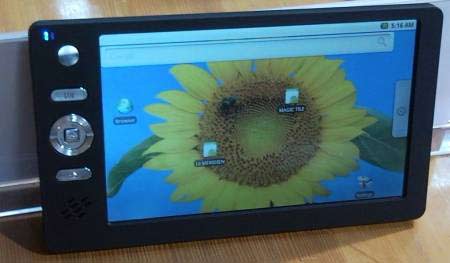 This tablet was in development for long time and outcome of efforts from the Indian Institute of Science, Bangalore, IIT Kanpur, IIT Kharagpur, IIT Madras and IIT Bombay.

Considering the cost, We thought that Sakshat Tablet may have cheap construction and components. Though, Government cleared that they canceled old tender owing to the reason that they were not upto computing standards. This means that new devices made are of better quality but couldn’t make it upto 35$. So, the slight rise in price is obvious which is now 49$.

Still, I think it’s a step ahead towards Computer literacy especially in Rural areas at School age helping them in Education. Tablets will be distributed by HRD Minister directly to Education institutes.

I want to have this one.
So,could you please tell me from where could I but it or How could I order it.

i stay in ahemedabad n m wanting dis desperately…so can u pls tell me stores in ahemedabad where i can buy this from..hurry up please

Hey i like the features of Sakshat Tablet i would like to book ……. so can u please tell me how will i book

Give me address to book this order