How to Start a Program at High Priority Using Maximum Resources

Many a times, people end up saying that Windows sucks as their application/program doesn’t works the way they want it to work. The thing which they don’t understand about this problem is that Windows doesn’t have much to do with it, you can always change the priority of the application running from the task manager if you have a good knowledge of Windows operating system.

It’s your machine that lacks the resources to run that specified application program. Now, you have two option to deal with it, either expand your memory (RAM) or you can create a batch file to run your specific application in high priority. Increasing the memory will eventually end up becoming the same as amateur computer user end up degrading the computer performance due to the inexperience to manage their applications.

So, now here are the steps to create a batch file for your specified application, which makes the application to run in high priority. 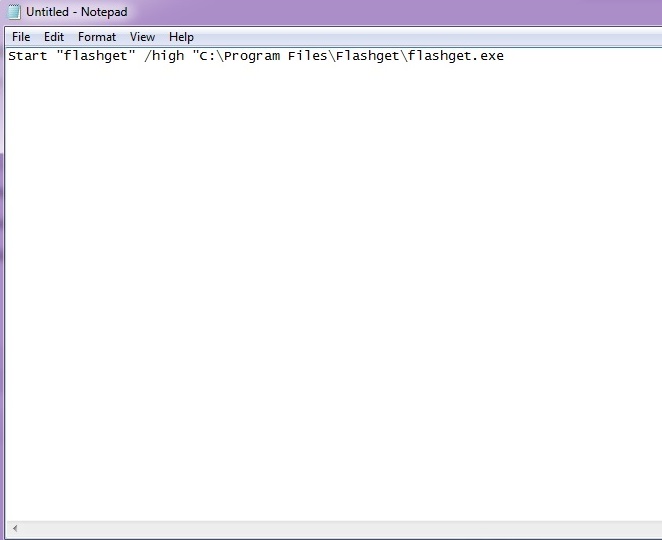 Step II: Now save it as program name.bat 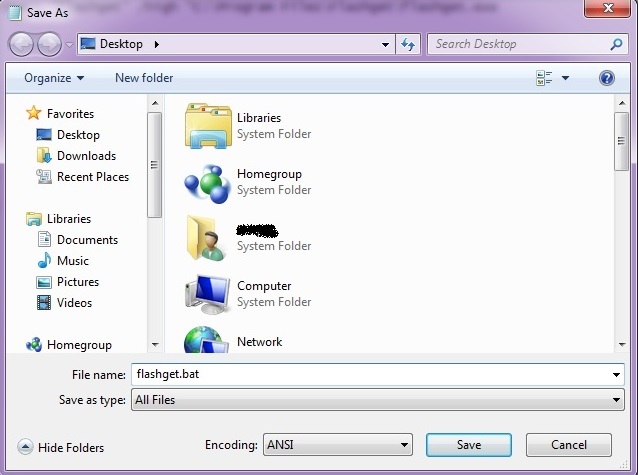 Now if you click on the file command prompt will flash for a second and your program will run.

Step III: If you just want to access all these batch files for all your programs you can say create a folder for it in your secondary drive.

Step IV: Just for the ease of accessing these batch files you can create  shortcuts for your batch files by right clicking on them and then choosing the option to create shortcut on your desktop.

Step V: Now go to your desktop and rename these shortcuts to the name of the program.

Now your task is finished (Do note that don’t use these steps on programs like flashget or any other programs that doesn’t need high priority). It is preferable for software like Photoshop or any Video converter which takes up more resources.