8 Things You Should Look Out For After Installing Windows 8

Windows 8 has been creating Buzz since its announcement and after the Release of Windows 8 Consumer Preview things have become more clear about how Windows 8 will look, what features it would provide, what new things users will get. I would be writing about the 8 things and features on Windows 8 that you should look for. 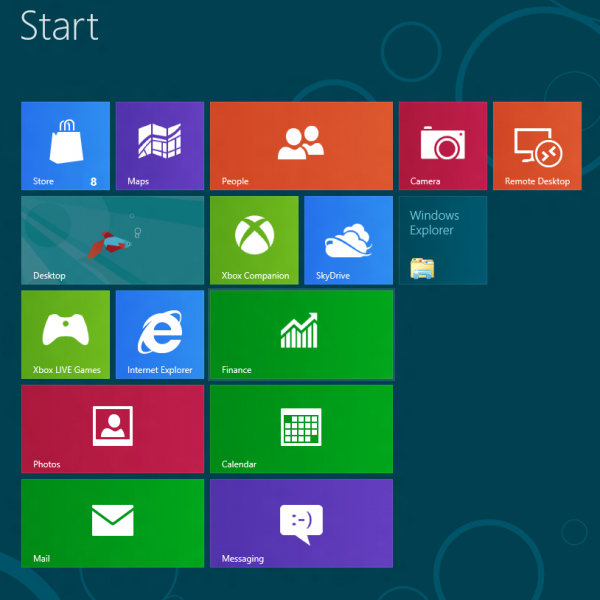 Metro Interface is the biggest and most noticeable change that any user would figure out in Windows 8 replacing the default desktop screen that came in the earlier versions of windows resembling the Windows Phone Metro UI. As you will Land on Home screen of Windows 8 you would get around with new Metro UI filled with Tiles allowing you one click access to Games, Internet explorer, music, videos, photos, etc. Again for Touch users, swapping would work and those who are on the desktop would have to use scrolling options. 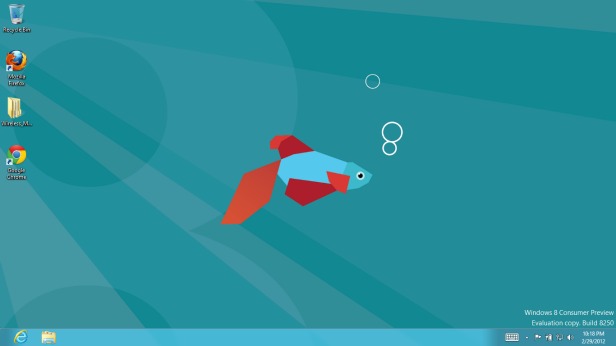 There is a trick by which you can Restore the old Windows 7 Start menu instead of the Start Screen covered in Basic Windows 8 Tricks.

Charms bar is just like a Windows 8 toolbar which a user can access from any app he is working on. Windows 8 charms Bar is a new addition which can be accessed by hovering or moving the cursor on top or bottom right corner of the screen or by using a shortcut Windows + C. Accessing windows Charm bar would be very helpful to do basic operations like options of  search, share, start, devices and settings which are displayed as a vertical bar on right side and also pops a small bar on left displaying date and time. 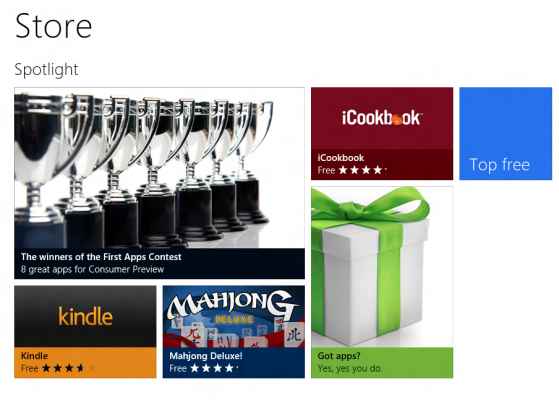 Windows has officially launched App store for Windows 8 covering touch-friendly, Metro-style applications built for the new OS, including apps for productivity, photos, entertainment, social networking and games. Windows 8 has its future in the Tablet market as well and hence the App store integration for desktop is really a Plus Point. Metro apps can be directly downloaded from the App store where each program will have its own updater solving the third party installations issues.

Windows 8 allows the user to synchronize your data, settings, bookmarks, History, etc. across Tablets and Windows 8 computers if you choose to sign in with your Microsoft (Windows Live account) and not the Local one. Once you choose this, your data can be synchronized and you will be able to access it across multiple devices. In this way, you can sync your settings and get the same PC feel on your other devices too. 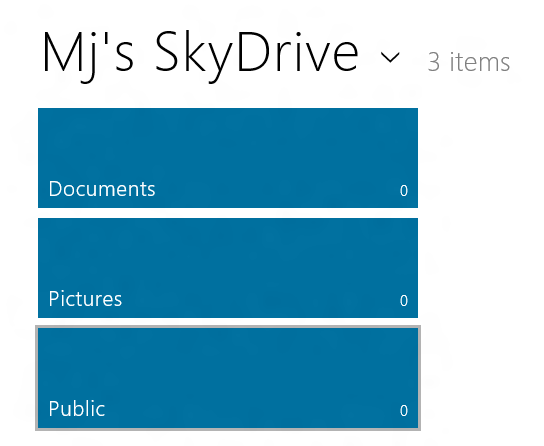 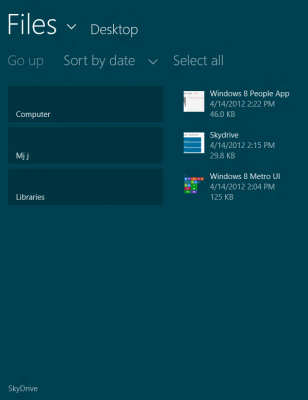 Skydrive is basically a Windows cloud storage service allowing users to Store, organize, and download your files, photos, and favorites on Windows Live servers and access them from any computer with an Internet connection. Windows 8 has got integration with  Skydrive which will allow users to fetch documents from any PCs connected to SkyDrive. Further with the Skydrive app, you can simply upload your data and you will be able to see it stored in cloud storage.

The People app is part of a collection of Windows Live apps that also includes Mail, Calendar, Photos, Music and Videos. As such, these apps will not, in fact, be included as “part” of Windows 8 but will instead be offered separately, much as Windows Live Essentials is today. Just like you have Contacts in your Phone, This app will arrange all your contacts alphabetically where you can Pin your favorites and also search by just pressing the First few Initials.

Windows 8 comes with IE 10 in which browser has got 2 versions to work upon – Desktop and Metro Style giving different user experiences on both the interfaces with the Desktop interface being more preferred to Metro which is lacking basic things like printing, sharing web pages, flash player, etc. The main features that are incorporated are as follows  –

Let us know if you feel there is something else interesting that you may have discovered and discuss more.

In Gadgetsolute: 8 Reasons Why you should buy Windows 8 Tablet

use Start8_0.86_setup to set start button in windows 8 . a must have application after shifting from win 7-8

Just got it. Thanks for all the tips! Now if only they fix their horrendous mess of a licensing system!