Are you bored of playing game on your Android device all by your self and want to play will people around the Globe. Here is a self compiled list of online multiplayer games for your Android device. These games will not only kill your boredom but will also socialize you at the same time. 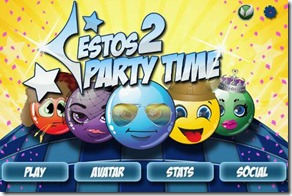 Cestos 2 Party Time  is the sequel of Cestos, one of my favorite game  and the first multiplayer game ever, made for an Android. The game is based on one of the basic principle of physics [ vector-physics]. The graphics of the game are fabulous. A player is provided with a set of marbles and he need to control it by determining their direction and velocity. Once all the other players playing with you in the same room has done so all the marbles are let loose at the same time. The player whose marbles make it through out the game without falling into the pit and blown by hidden mines is the winner. The game has many level you to unlock and has a bit of social activities like customizing of Avatars and chartrooms to interact to other players while you save your marble. The game engine is awesome and it does not lags even in fairly slow internet connections. 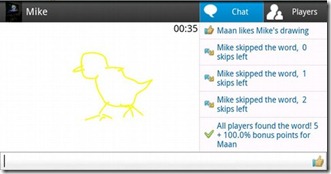 Sketch online is a free alternative of the game “What The Doodle”. Drawing and guessing others drawing is what you have to do. A player will be given a name of objected generated by the server and a player has to draw it on the sketching board with use of different colors and brush size so that others can guess what your word was in a limited given time. If you think the word provided is tough you can skip the word provided with limited limit. I recommend users to play the game over WiFi or Edge connection as simple GPRS or EGDE connection will make the game lag and spoil the fun. 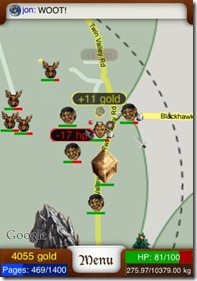 No you are guessing it all wrong, Parallel Kingdom Age of Thrones is not set in the medieval times at some royal kingdom map but its based upon you real-time position through GPS on Google maps. All you have to do is  fight with other players, or visit other players inside the game, place flags, plant trees, gather resources, collect items and fight with a variety of creatures all in a real time. If you are not getting me I recommend you to play the game and experience it for your self.

I come with . blog is very simple.Thank you for . easy come