Would you like to try iPhone 5 or Galaxy Note 2 on your hand without purchasing? Augmented reality can make it possible to try new mobile phone devices on your hands at your place free of cost. Get the same feeling as you see devices in mobile store and try demo.

handsonAR is a name of Android app based on Augmented reality which lets you do this. If you don’t know what Augmented reality is then let me tell you- Augmented reality (AR) is a live, direct or indirect, view of a physical, real-world environment whose elements are augmented by computer-generated sensory input such as sound, video, graphics or GPS data. (according to Wikipedia). 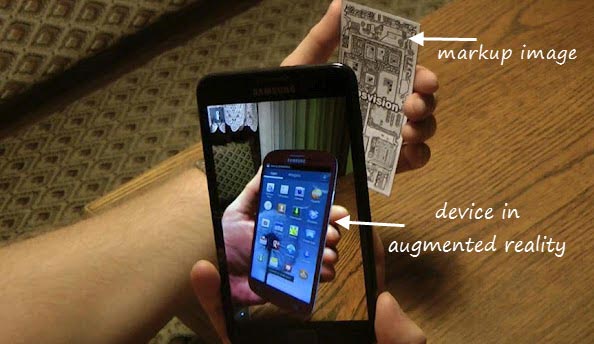 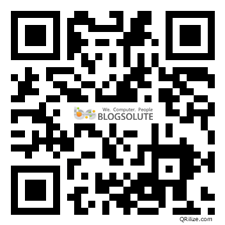 Print the image marker on paper and stick it on some hard cover. Sticking the paper on hard cover is recommended to hold it like mobile phone in hands.

Open the application after installing. Choose the device you want to try and click View AR.

Adjust your phone camera to capture that markup image properly. And you will soon notice that camera now shows mobile device you selected to view in AR instead of markup image.

What You can Do?

Isn’t it fun? Have you tried any Augmented reality app before this one?

Well if the model comes, then we can goto shop for viewing it. They will show to us. If we say we gonna buy it. Then they will get us a demo piece and shows..

Honestly think this is a dumb-ass app. a major part of appraising a bile design, is to feel it’s weight, grasp the shape etc. Apart from the physical aspect, you cannot really make out the brightness or the screen resolution of the device with this. In the video the demonstrator used an humongous galaxy note or a tab to virtually examine the S3. Well what if you’re using an android phone with a 3.2″ sceen instead or heck even a 4″ screen to roadtest a device with a 4.5″ screen. You would have no idea of the proportions. I sure hope the entrepreneur has some sort of an exit plan and alternate employment options.

Don’t you think Using the markup image print to see a device in hand is fantasy?
I agree that you cannot get exact idea about the other things apart from physical aspects but at least you can get a feel of holding a device in hand. We don’t get to see Augmented Reality apps more often. So, calling it dumb-ass will not be appropriate thing as far as I think.

You might think, whatever you want, but I’m entitled to my opinion. And I do humbly beg to differ with your opinion that AR apps are a rarity. With Google layar and Nokia Maps, heck it’s almost ubiquitous. And I think Microsoft’s Kinect and the Sony Move motion Capture systems can be safely be considered in the domain of AR, so that’s that.

Of course, you are entitled to your opinion Debranjan. When I said “AR Apps are rare”, I mean “Android AR apps” and not applications in technology. This HandsonAR is just an exploration of possibility with AR.