What is the Use of GPS Without Internet on Android

GPS (Global Positioning System) is used for obtaining location information. And obvious use of this technology is Maps and Navigation. In Android, Maps are loaded when you are online so, GPS will come into play when you are connected to Internet. So, is GPS unusable without Internet on Android?

Question arises because phones these days have Assisted GPS (aGPS) which makes use of Network connection. Nope, there are many applications when you can make use of GPS without Internet on Android.

GPS provides location information in terms of Latitude and Longitudes by connecting with Satellite. So, if the maps are already loaded on device i.e. Google Maps are available offline then, GPS could be used without Internet on Android.

Learn how to Save Google Maps offline on Android device and then use this loaded maps with GPS service ON. Your current location can be obtained without need of Internet.

Apart from obtaining location information, some other applications of GPS could be:

2. Speed – If you are traveling/moving in a vehicle or walking, GPS technology can tell speed and direction.

5. Satellite positions using Compass in Skyview – Positions of Satellites you are connected with and their positions on Compass.

6. Signal Strength of each Satellite

7. Current Position on Earth – Your current location on the earth shown as text and on a world map. The current position of the sun and the day/night transition curve is also shown. 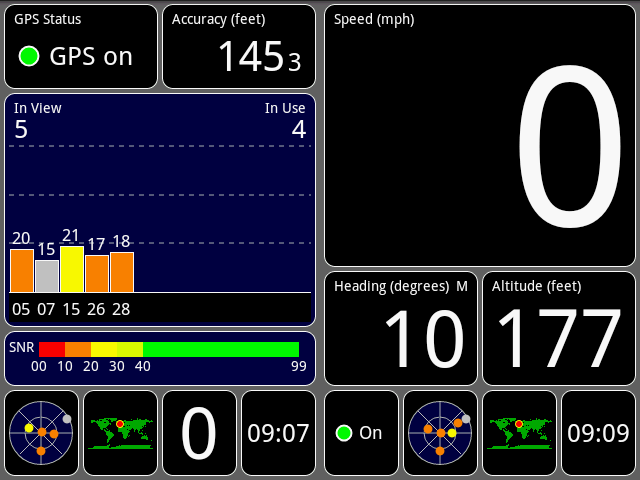 To get all of the above parameters, you just need one app called GPS Test.

Application works without the need of Internet connection.

Even if you download Google Maps offline, you need internet collection for navigation but there are some applications which allow offline GPS navigation. Some example would be Sygic, MapMyIndia, NavFree, etc.

Anything you found out which can be done with GPS without Internet on Android?

Thanks for such a wonder full information Rohit ji

Good Article on Google GPS Offline as usual. Extremely useful information about this.