uTorrent is finally available officially in Android Play Store as an app to download torrent. Initially, it was possible to remote control utorrent downloads on computer from Android but now uTorrent for Android can download torrents on Phones and Tablets.

We already reviewed Best Torrent clients for Android but what makes uTorrent special is its name. 🙂 Here comes the game changer:

What uTorrent for Android Does

You can search for torrent using the search feature inside the app which takes you to Google Search in Browser tab. So, it is recommended to search for torrent yourself on site of your choice. Just when you click on Magnet Link, it is automatically captured by uTorrent. And if it is .torrent then open it manually using uTorrent. 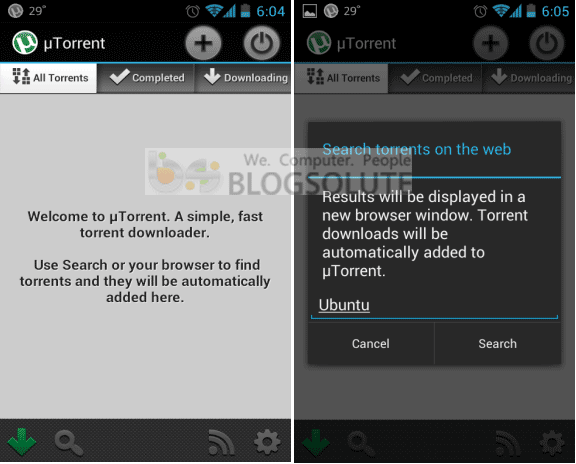 You can set Download Location but cannot select file to be downloaded in the torrent.

You can add torrent by URL as well as downloaded file but I was unable to delete torrent from app. Though I deleted the incomplete download file from File manager, it was still there.

You can Seed after downloading and also set download and upload speed limit. 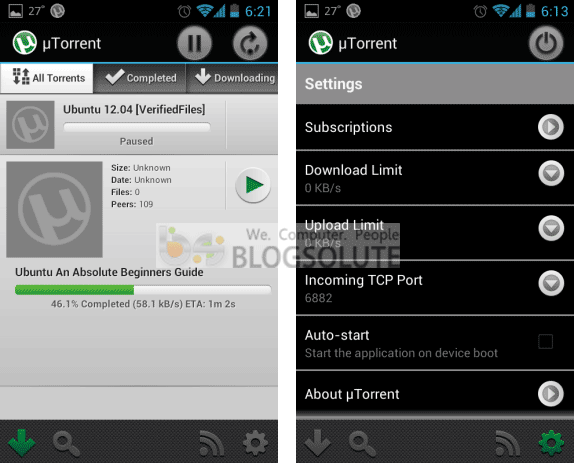 It has an ability to run in background to continue downloading or seeding while you carry out other operations.

It is tagged as beta and that’s obvious. We wish to see following improvements in uTorrent for Andorid:

uTorrent for Android was the most awaited app and when it has arrived, it has fulfilled all basic expectation. It would be great to see it doing progress and add many new sophisticated features and improvements.

Good News for Android User’s But For That you have either Wif or 3G or 4G Connection.. 🙂

can someone help me find out why utorrent started creating files on my sd card and they wont let me delete them cus they are write protected…PLEASE HELP ME!!!!