VLC is a free multimedia player used by huge number of users and favorite of many. When you ask “why” , answer begins with- ease of use, codec, speed, reliability but above all, the concept of ” versatility “. Famous Orange Cone is much more than a Video Player.

This article is a list of some useful tricks which could be performed on VLC Media Player. Transform, convert, broadcast and capture are the new verbs apart from “play” with VLC Media Player.

Some of these are useful while there are some which are meant just for fun.

The playback of video could be broken down into number of parts / pieces similar to what we have in Puzzle Games. 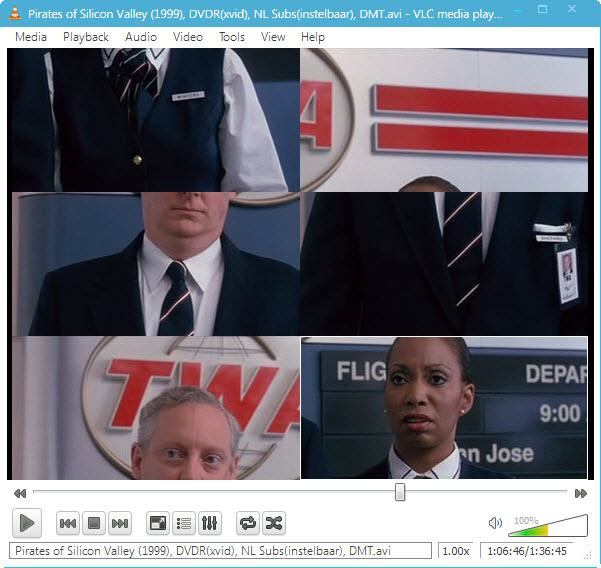 Gradient Effect on VLC Media player could show Video as if its a sketch drawn by an Artist on Canvas. 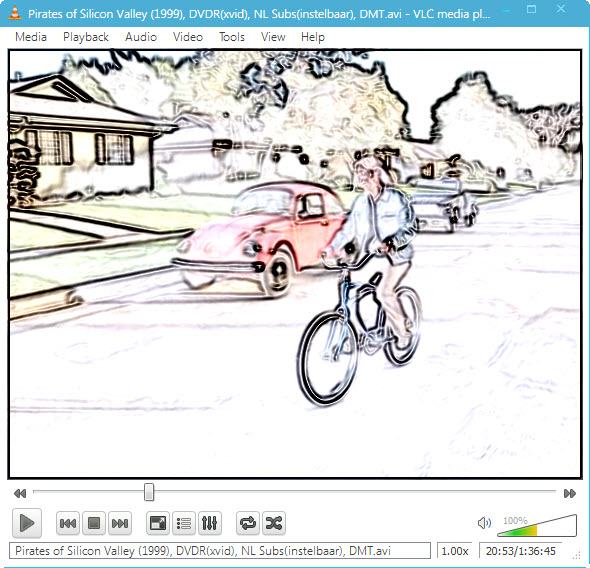 Though we have already covered a article on how to add Image Logo / Watermark on Video but if you want to have a temporary logo on the video only during playback in presentation, then VLC can do that too.

Tools > Effects and Filters > Video Effects > Logo > Check on Logo and give the file location of Image File either PNG or JPG.

When I say it’s more than a payer then you can expect common Multimedia features in VLC. It can convert any video to most popular Video formats without need of any extra software. 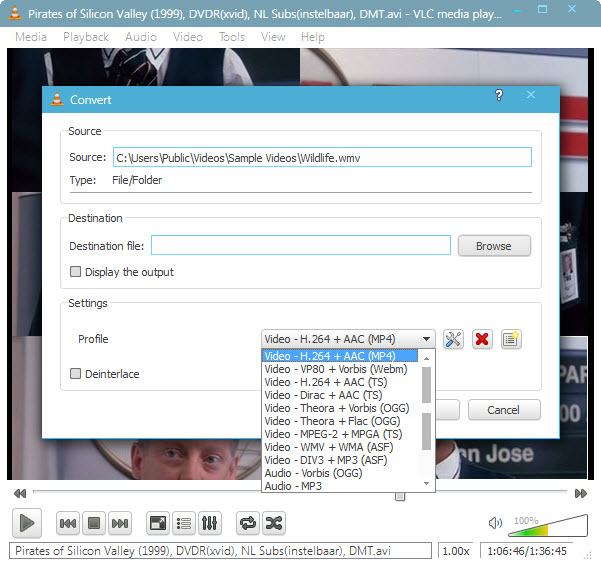 Not so useful, Meant just for fun to see your Desktop screen go upto infinity. 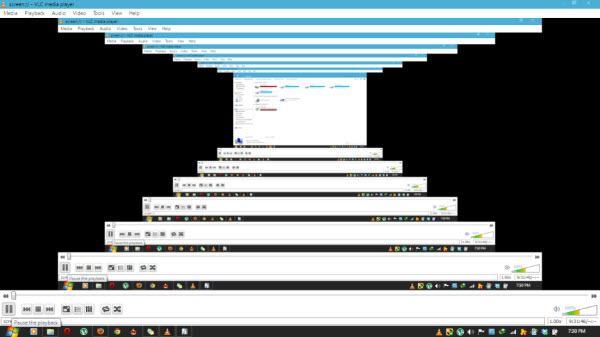 Not just Local Files (Saved on Compute) but also online media could be played on VLC directly.

You just need to have Video URL which has to be put in Media > Open Network Stream >Enter URL and Play. This could be even Youtube URL to play Youtube Videos on VLC or even Dailymotion and other popular online Video libraries.

Movie when downloaded from internet comes in several parts with extension .001 .002 which are splitted using WinRAR. You no more need another software to join those files for playback. Just drag the .001 file into VLC Player and you are ready to watch the movie. 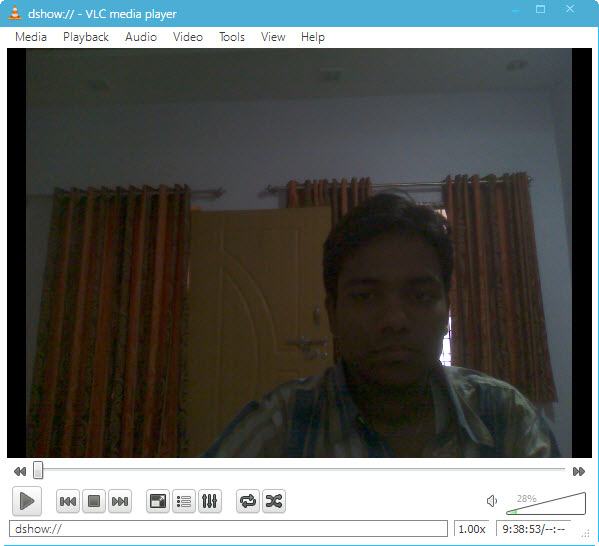 Media > Open Capture Device and Play after selecting the WebCam. In my case, it was integrated Webcam to my Laptop.

While online media is playing then you can obtain a direct link to download it using VLC. Go to Tools > Codec Information and at the bottom, you will find address of file in Location box.

Alternatively, we can do it by just using Record Option to capture live streaming of video. 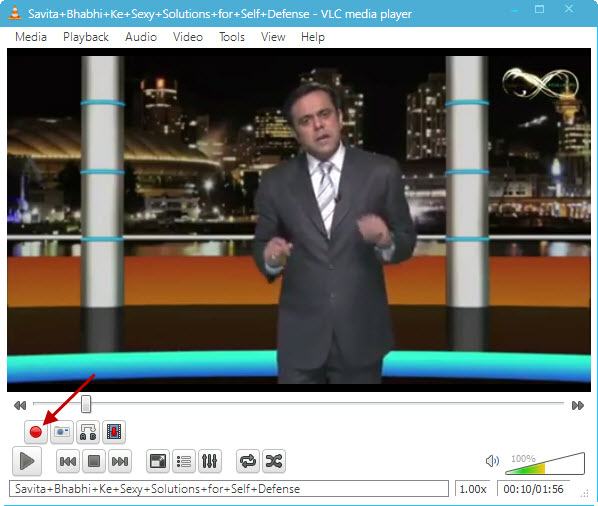 You may want to capture some video still and export into JPG / PNG Image file then VLC has Snapshot feature. Right on Video Playback screen and click on Snapshot. 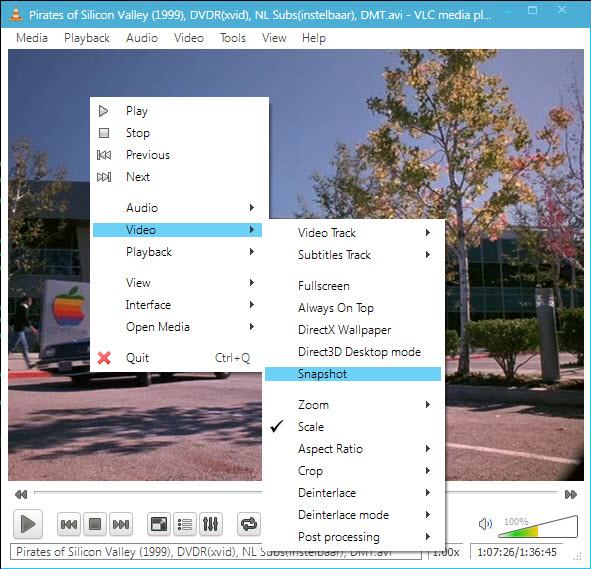 Image file will be saved to the directory you have mentioned in Preferences of VLC.

Were you aware that these all functions could be done using simple Media player? Imagine how many software could be trashed off from your computer which were meant to perform those small operations mentioned above.

very nice information and the screen shots which is used here make it very easy to understand. great keep it up

This is awesome buddy! Thanks!

Pretty useful. Thanks for sharing.

Thanks for your post Dude. I’m Converting the video’s easily 🙂 without using any software

I am not able to convert any video 🙁
It asks for a destination file.., some container file.., what do we type there ?

It is asking for the file name which will contain the output / converted video. Similar to “Save As” option. Type any name and click save, then select profile to start conversion process.

I am facing following error:

Streaming / Transcoding failed:
VLC could not open the encoder.

What could be the reason ?

Is it with YouTube? Even I faced random errors. Maybe YouTube has stopped allowing VLC to stream. However, the video shown above is from Dailymotion which still works.

Sir, i request u to give me software.

1.Ram Cleaner or speedometer installer.
2. USB Security or usb cleaner.
3.how to speed up a system with turbo boost.
4. Advance System Cleaner.
5. Shutdown with 5 mb software eg.window turn on.

I’m sure he will get right on that.

Awesome post. I have been using VLC since years, but i never knew some of these tricks like Inception Effect and Video Converter.

I never knew VLC player can do so many things. I never used it other than just watching videos. Thanks a ton for sharing this.

It’s very useful matter for all VLC users. All this shortcuts,tips and tricks make the usage of VLC easy and reduce the waste of the time. jump in time in the vlc is very attractive for vlc it’s accurate time that what we are searching for and the working of URL link download is also nice.

i using vlc in linux to convert flv 2 avi h264… but if i use other than mp3 sound then it make video without sound track wtf? 🙂 where is problem, anybody know it? thanx

Wow, Awesome post!
I didn’t knew about many of them. Specially the video downloader one is real good.
THANKS

Good info Rohit ji. Came to your blog after sometime. At least, 2-3 tips are really helpful to me.