Once installed, Unfriend Finder menu comes on Facebook and see a new option in the top menu called Unfriends, there you will see the count of the friends that will be removed, nothing will start, then this count will begin to appear after days and after you are removed from someone’s list.

Also, on the left side is another menu with more options where you can also easily see the friend requests you’ve sent (Pending) and the ones you do not yet accepted. 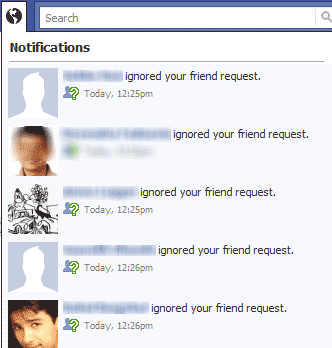 P.S. If you install this Script and fall into depression, only thing you can do to stop this is by uninstalling the script.

Thank you for this!

Also, I wanted to point out that it was the right thing for you to say in your ‘P.S.’ As I’m sure many who install this will have some bouts of depression.

Does this only work on Firefox? Are there other ways on other web browsers like chrome?

Works on all broswers, Firefox, Chrome, Safari and Internet Explorer.

I found this site a while ago that does the same thing but it works when you are anywhere not just on 1 pc http://whodeletedme.djgdesign.co.uk/

Its good to have alternatives

Great content like this isn’t easy to find online. You have given the world a wonderful article with many good points to consider. I agree with a lot of your views and enjoyed this article.

I love using Facebook, actually I’m almost online on that site for 24/7 and i have thousands of friends there. This application is cool, I’ve tried it before and it is really effective though I’m having a hard time on installing it before. So maybe this guide I came across the net can help you

Is there a way to do this using facebook mobile?