At first use, it may seem that Windows 8 is terribly confusing but as you get used to it, you will start loving it. Well, forced personalization is a reason behind that disappointment but there are solutions to fix it. If you overlook that one thing, Windows 8 is filled with surprises and awesome features.

Personally, I was annoyed by Metro screen so, now I directly skip to desktop instead of start screen and brought the start menu back on Windows 8. It doesn’t mean that I have disabled those Metro features completely. It is just that forcing me to see those things when not in need was annoying. I do access Start screen when I need any metro app and access Charms bar with WIN+C hotkey.

So, I ain’t missing anything from Windows 7 and at the same time getting some more novelties of Windows 8. Here are some of those things which will make you leave Windows 7 and start loving Windows 8. 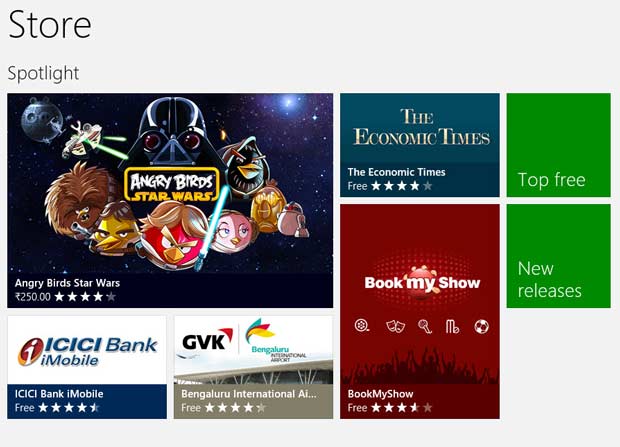 There are high chances that you will fell in love at first sight with Windows 8 App store. It has apps for all your existing and future needs. Imagine accessing website for Net banking, booking Flight tickets, listening music or simply reading newspaper. Now, all these things are just a click away on live tile of an app on your Windows 8 start screen.

App stores are customized region-specific. I was amazed and at the same time enormously happy to see all the names of services as apps which I often use online. Watching movie, shopping, gaming, social networking and more..

I agree that they are new and first user may find himself clueless to close it. This is because they are different from traditional apps which you were using on Windows 7. Read more about Windows 8 App structure and development.

Good thing about these apps is that you don’t have to download and then install it manually. It is similar to app store on your mobile phone; One click and it will be automatically downloaded and installed.

Not just quantity but Windows 8 app store has been developed quality wise in really a short span of time. You will suddenly start loving the interface and appearance of these apps. The way we navigate and the app interacts is appreciable. I guess developers are seeing a potential in Windows 8 growth in market and as a result pouring out apps for each and everything on this platform.

Windows 8 boots up faster than any of its predecessor and that feature is called as Fast Startup which is enabled by default. It reduces boot load timing and starts the new session as fast as possible. If we go by the demo, it showed that Windows 8 PC on SSD booted in 7 seconds only.

This feature has its own disadvantages which you can read more and learn how does windows 8 boot faster.

This is another thing which will impress anyone. 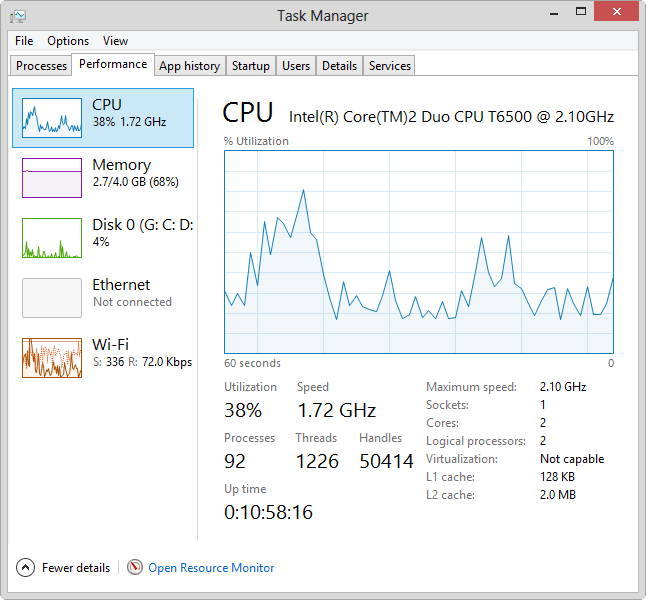 I am not saying this because interface of Task manager has been changed but I observed running processes are managed in optimized way. A clear comparison between Windows 7 and Windows 8 memory management is a proof that you will have better computing and multitasking experience on Windows 8.

So, I just want to say that take time, learn, explore and you’ll love it! And you will love it in a way that there won’t be any looking back.

i no need new task manager.

As Per My Experience Windows 8 is The Best Of All Previous Version
Do It Don’t Blame Windows 8.:
1.Use Windows update option Update Latest “””””””””Architecture Update”” released after october 26.V>>>V>>> Important No More Blue Screen Error I Checked In My lap And Desktop Dell N5110,Inspiron 545s Worked great as Extreme gaming performance
2.Update The Drivers in Device Managers
3.Install Directx For Play Game
4.Install framework 2.0,3.0,4.0,4.5 Everything Is more Important
5.Stop Automatic maintenance in action center those having low configuation cpu’s
6.Don’t Install Any Driver’s Those Supported for Windows 7 never never do it
7.Defragment it Once A Week
8.Use CCleaner because it free the cache memory>>>>make you pc fast work constant without any freezing problem
9.never ever install unsupported antivirus…….
10.Do Not Blame Simply About Windows 8 because as per the Expert of the World And pc magazine,chip magazine more and more even i checked

Go To this Link And Download all windows 8 offline updates:
http://www.microsoft.com/en-in/download/search.aspx?q=t*&p=0&r=10&t=&s=availabledate~Descending

I have both-7 & 8, but I have not been able to discover yet no matter, what’s better (or anything like that). But I have find, what is worse. But the fact is that it’s still the same old XP after facelift.
But none of the facelift or operation don’t make any old women younger, it only seems so. New face, much of plaster, may-be also new dress, but the same old mammy.
Basically, is nothing new! Only a lot of noise. The past 10 years have not really been any progress, just a facelift. Meant only way, how to sell more.

Nice Post Rohit,
I personally love Windows 8 than Windows 7. Thanks for sharing why it is.

Amazing that tech people still like garbage. That is all Win 8 is…GARBAGE.