Windows 7 Service Pack 1 was released few months ago. It was a standalone package which could be installed on existing operating system. We had to install it separately to upgrade Windows 7 to SP 1 though, one could create custom DVD integrating Service Pack 1 with Windows 7 DVD.

Here I am sharing the direct links to download Windows 7 DVD with SP1 hosted on official Servers of Microsoft. 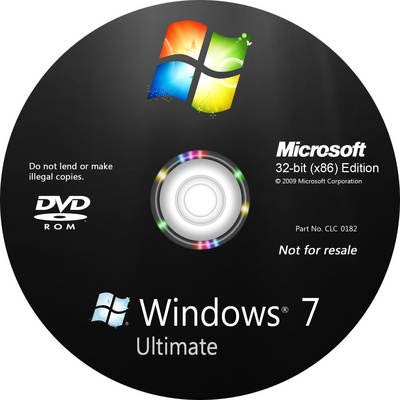 Specially suited for those lazy ones who want to install Windows integrated with Service Pack 1 without taking manual efforts. The links point to Windows 7 Ultimate SP1 DVD ( 32 Bit and 64 Bit versions). We know that there are other versions of Windows 7 so, if you feel then after installing the Ultimate version- you can downgrade Windows 7 version.

ISO downloaded can be directly burned to DVD and it’s bootable.

hello it does n’t support resume

what about the updates??? Is the version is genuine. Can i download the updates directly from microsoft website. what is new in this SP1

This is Legal Download Hosted on Official Server so don’t worry about Genuinity.
SP1 contains all the hot fixes, they can be found here : http://on-msn.com/f1ItCB

The language is not english

My bad. Links Updated, Really Sorry for that.

Will this work with win7 pro? Great site much help to me
Tim

ISO refers to Windows 7 Ultimate but can be downgraded to Pro after installation.

So which language is it? Love to download, but need to know if it’s in English or not. Thanks

Should we need to activate it? any serial needed?

Yeah, 30 Days version and will require activation key after that.

No, SP1 doesn’t need another License. It’s just an upgrade and you can use any Legit License to activate.

Thanx bt last time when i installed sp1 on windows vista the same problem came and after entering key for 9 times and after consulting microsoft abt the problem it got activated……the only problem is we have to use the online method of activation which requires a good internet access speed….that’s why i got confused….thanx again