New Windows 8 will also support ARM architecture in order to gain its place in Tablet Market. Also, the new applications so called Metro Apps aren’t written in traditional way. So, there is confusion with compatibility and how applications will be developed and behave. Here is a list of FAQ about Windows 8 Applications.

1. Can programs written for ARM run under the control of the x86 and vice versa?

Answer: No! Both are totally different architectures, which are not compatible. Existing programs for Windows thus requires rewriting the code to adapt the new environment.

2. Does Windows 7 software run on or compatible with Windows 8?

A: Yes. Microsoft has announced that all existing applications running in Windows 7 should not cause problems in Windows 8. Of course only if you run them in new windows on computers with x86 chips.

3. Will Windows 8 applications for ARM run in an Aero?

A: It is true that Windows 8 Tablet for ARM-based systems will be primarily geared to the Metro UI interface, but also offers a fully functional Aero environment, which run classic programs … provided that they will be recompiled. Everything is in the hands of developers. 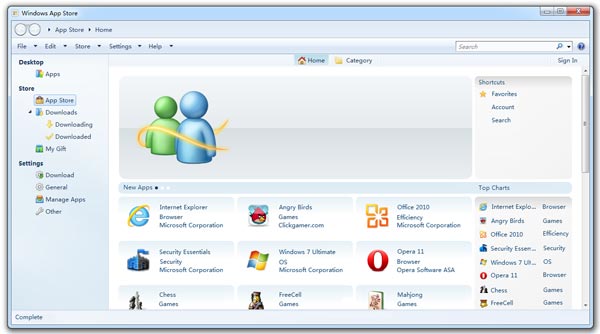 4. What programs will be distributed in the Windows 8 App Store?

Shop with applications for Windows 8 will offer both traditional environmental programs for Aero, as well as those dedicated to Metro UI. Of course, here we will find applications for computers running on x86 and ARM.

5. Will Metro UI applications be distributed outside Windows Store?

A: No! Microsoft puts the maximum security and application compatibility for Metro UI, so these (after passing a series of tests and receiving a certificate) will be available only in Windows App Store. You won’t be able to download Metro Apps outside App Store.

Microsoft provides a tool for programming: Visual Studio (with its great Intellisence and Snippets) is ready for Windows 8 and Metro, with full support and templates in all languages and styles (Metro or traditional). We can also build WYSIWYG style interfaces with Expression Blend extremely simple. 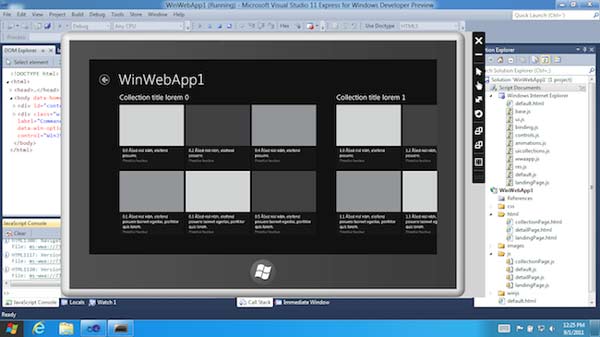 In terms of architectures, applications written using .NET and Web technologies work on both ARM and x86 (remember that Windows 8 is on both platforms). However, those made with C / C++ should be ready by the developer for one or another architecture.

The final idea is that whatever the choice of the developer in terms of language is, the user has the same experience without knowing what lies beneath. Microsoft is providing the tools for it, and does not put anything hard to program applications.