Many had speculations about how will new Windows 8 Explorer look and there were news about unveiling Ribbon Menu Interface. To break the ice, Microsoft itself revealed and confirmed the Windows 8 Explorer and yes, it has famous Ribbon interface. Windows 8 Homescreen already created buzz and now let’s have look at Explorer.

Ribbon displays the most important commands in prominent locations while also exposing loads of other minor tools, organizes commands conveniently in handy groups and it follows the design line opened by Office and Microsoft Paint, making it easier for people to get used to the new interface. 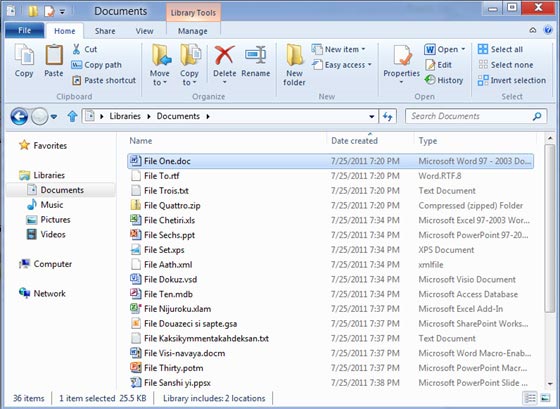 This was finalized by Microsoft after researching and here is an outcome of their research.

Another interesting finding was that, we use the contextual menu for almost everything ignoring the main Explorer interface. That is why the development team wanted Windows 8 shake up the Explorer bar and add ribbon which despite of the controversy, has been very successful in Office.

So, let’s have look at each feature of Windows 8 Explorer

The main tab of the new Windows Explorer 8 is Home, which contains the commands used by users. Interestingly, the appearance of useful commands such as Copy path (Copy Path) and the return of “Up” button (the blue arrow next to the directory).

Many of the operations we do with the files are intended to share with others. The Sharing tab has buttons to send files by mail, compress them into a Zip file, print, fax or send them to other local network users.

View Options is, where there are buttons for changing the position and visibility of the sidebar, the view type and order of the files. The newest are the boxes to show and hide files and extensions , which should be carried out before opening multiple windows. 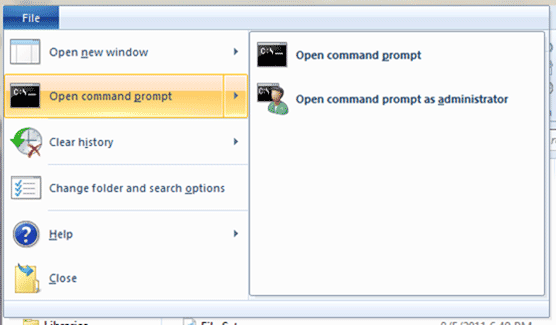 The File menu has also changed. There are shortcuts to open a new window, open the command line in the path of the open folder, clear the history and customize the browser.

Like Office, there are tabs that only appear in certain situations . For example, do a search, the relevant tab appears, with options that allow you to filter and refine results: 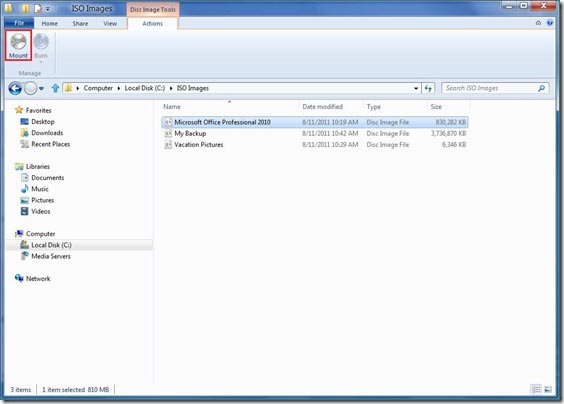 Windows 8 can mount ISO without problems, but can not create them.

The ribbon menu is not the only new thing in Windows Explorer 8: The development team has been working hard also in less visible areas. One of the most remarkable is that, finally, Windows 8 can mount ISO images without needing extra software.

With regard to copying, deleting and renaming files, Windows Explorer 8 has added along awaited feature: Grouping operation and Pause Button. 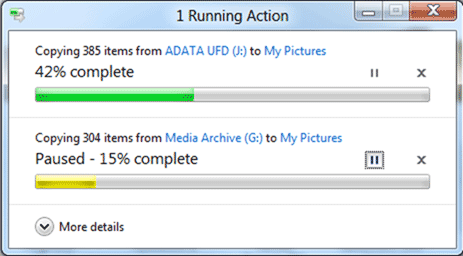 Windows 8 Copy Progress Bar - One for all operations

The file conflict was another critical section to improve. Microsoft developers have thoroughly studied the issue and passed the box three options for Windows 7 a that shows the old files and a newer side and another, to choose more criteria.

In short, Microsoft is listening to users , a tactic that proved a major success with Windows 7 – and adding features that will make unnecessary the use of certain non-official accessories. Of course, many of these firsts came a little late.

If you want to see the new Windows 8 Explorer in action check out the video MP4 file both in high and low quality.

Even if they don’t come up with any innovative feature and offer me such cool UI and astonishing Homescreen; I am ready to accept Windows 8 😉

Hehhe yeah, Even I didn’t notice it before approving.

This Windows will need a powerful computer and it may be 128 bit
so it will be the first OS run on 128 bit ever ,
i dont feel that it will be that great windows don’t know why but what im sure about alot of problems and error so the best is to wait for Windows 8 SP1

Sorry, you have to search that on your own.